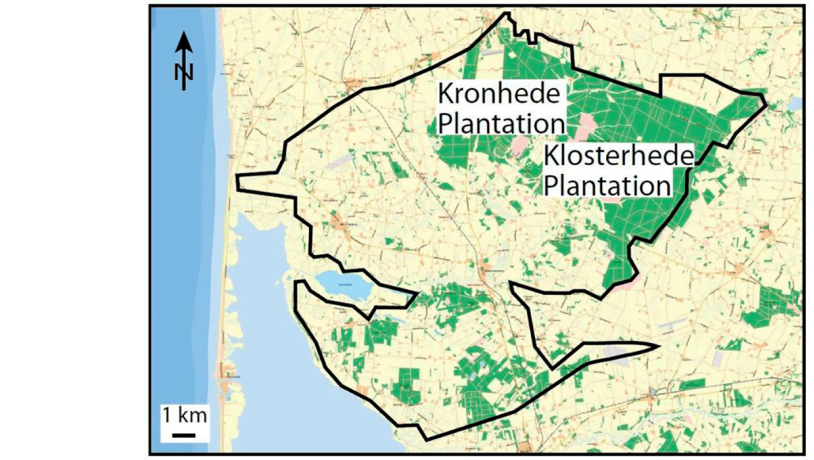 Klosterhede and Kronhede comprise part of a large landscape area of which 6500 ha (65 km2) are evergreen plantations on earlier heathland. This is one of the largest woodland areas in Denmark (Figure 20-1, 20-4). The heathlands, whose names reflect their historical connections (Kloster = Monastery; Kron = Crown), consists of outwash plains deposited at the end of the last glaciation and are key sites in the geopark. Towards the north and northeast the outwash plains are adjacent to the MSL (e.g. sites 2, 4 and 3) and the tunnel valleys at Lem Vig (site 13) and Kilen (site 14). 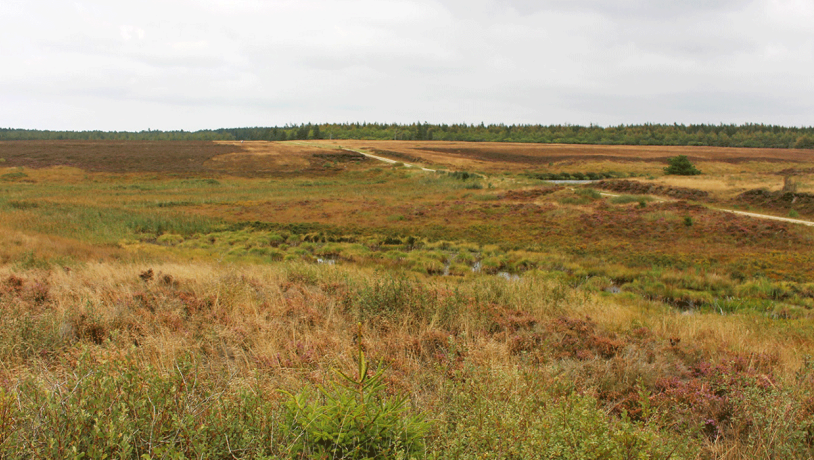 An outwash plain forms a south-sloping fan whose top point is at Roesgårde where the Lem Vig tunnel valley ends. To the east there is another fan-shaped outwash plain that dips gently to the southwest, whose top point is at the end of the Kilen tunnel valley. These two outwash plains in front of the MSL are built of the sediment that was transported by the meltwater that excavated the tunnel valleys under the ice. The two outwash plains extending from each of the two tunnel valleys merge into one at some distance from the MSL. A characteristic feature of the outwash fans is the presence of coarse-grained meltwater deposits closest to the glacier portal. Even though meltwater was produced and sediment transport took place along the entire ice front, it is very evident that most deposition took place from two large glacier portals with significant volumes of rapidly flowing water at the top points of the outwash fans. 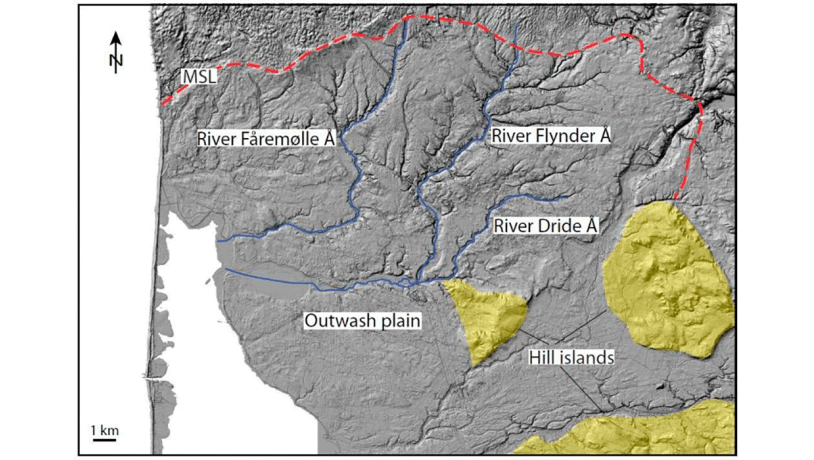 Figure 20-3: Map of the pre-Quaternary surface below the outwash plain.Photo:Geopark Vestjylland

The two outwash plains were formed at the same time in front of the MSL about 23.000 – 21.000 years ago. The meltwater that formed the two outwash plains drained towards the Nissum Fjord area, and south of the locality merged with the flow of meltwater the came from the east via the Karup outwash plain. The outwash plains overlie the lower-lying parts of the pre-existing ice-free landscape, and the higher portions stand out today as hill islands. These include the small hill islands at Bøvlingbjerg and Fjaltring to the west and the large one at Møborg to the southeast. 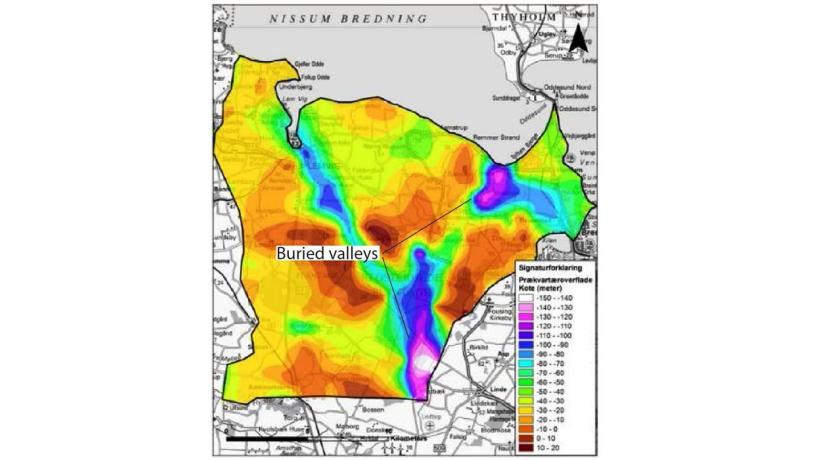 Figure 20-4: Klosterhede outwash plain. A large wooded area that was destroyed by fire has been allowed to develop as heathland.Photo:Geopark Vestjylland

Since deposition of the outwash plains, their surfaces have been modified by late- and postglacial processes. The plains are cut by a series of valleys that extend down to rivers Flynder Å, Dride Å and Fåremølle Å (Figure 20-2, 20-6). The valleys were formed by water erosion that drained water to the southwest, soon after the ice melted. The surfaces of the outwash plains are locally covered by inland sand dunes that presumably formed before plant growth restricted the amount of eolian activity. There are also deposits of loess in the area – a relatively seldom occurrence in Denmark. Furthest to the west the outwash plain is locally covered by sediments from the Littorina Sea that inundated extensive low-lying coastal area in Denmark between 8.000 and 5.000 years ago.

There are traces of human activity all over the area. There are about 50 barrows in the plantation areas alone, most of which are from the Bronze Age. The so-called Old Age Road between Viborg and a prehistoric harbour at Trans (just south of Bovbjerg Lighthouse) passes through the area. The heath was established as a result of human activity. During the Bronze Age people began to cultivate fields, forests were cleared, the ground was ploughed and, after a few years, it was exhausted and abandoned. New fields were cleared and cultivated. And so it continued as cultivated, exhausted land extended over large areas. The impoverished areas that had been abandoned were invaded by crowberry and then by heather. Heathland gradually took over large parts of western Jutland.

Outwash plains are commonly the focus of planning for the excavation of sand, gravel and stones/boulders. The proximal parts of both outwash plains have been identified as suitable areas for quarries. Human influence on the landscape continues in this fashion. The Rom gravel quarries (Figure 20-5), located at the top point of the Kronhede outwash plain, provide coarse-grained material ranging from gravel to boulders. Profiles in the quarries reveal a systematic variation in grain size with the coarsest material near the glacier portal and the finest material further away. It is clear that the quarries reveal an illustrative section through the subsurface precisely where the glacier portal was located. A similar situation can be found at Hornet (site 14).

The Klosterhede - Kronhede outwash plain plays an important role in the production of drinking water. Groundwater in Denmark is extracted from different types of aquifers. A common type of aquifer is a buried valley, which is an elongate depression in the subsurface that has been partially or completely filled with younger sediments. Many of the buried valleys were valleys in previous landscapes that have subsequently been covered by younger deposits. The vast majority of the buried valleys that have been mapped in Denmark are believed to have formed as tunnel valleys (see for example sites 13 and 16) in connection with the Quaternary glaciations. The tunnel valleys were carved out by large volumes of meltwater below glaciers, so the occurrence of tunnel valleys is related to one or more of the many Quaternary glacial advances. Some of the valleys may have been formed in the period before the arrival of the ice, for example by the incision of rivers. Figure 20-3, that shows the depth to the pre-Quaternary surface, clearly reveals that the Klosterhede - Kronhede outwash plains are cut by buried valleys. As far as groundwater reserves are concerned the buried valleys have advantages and limitations. They can contain considerable volumes of groundwater, but they can also cut down through impermeable clay-rich layers and thereby make hydraulic contact with several groundwater reservoirs.