Abandoned limestone quarry and mine. 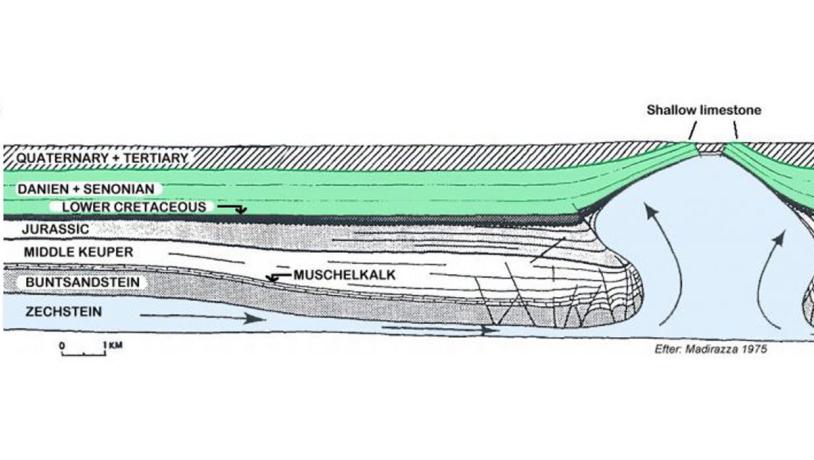 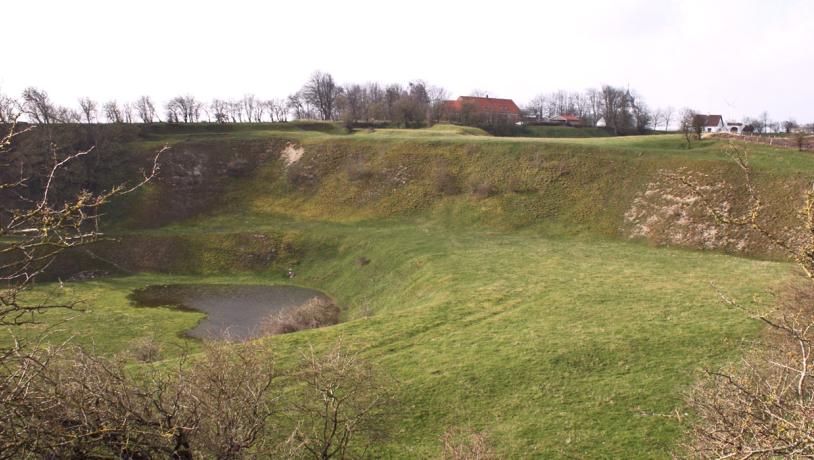 Our knowledge of the 5 salt domes in the geopark varies from locality to locality, but two publications are noteworthy concerning the Vejrum structure and provide both general and detailed information and interpretations – Madirazza 1968 and 1975. Based on the latter, the geological history of the structure can be elucidated, and the evolution of the salt structure in the Danish-Norwegien Basin placed in a broad framework.

During the Late Permian (Zechstein) several hundred meters of Permian evaporites were deposited in the Danish area. The evaporites were overlain by thick sequences of Triassic and Jurrasic sediments. The density of these sediments was higher than that of the salt and, possibly initiated by tectonic activity at depth, it began to rise and form a salt pillow (pillow stage). A broadly ring-shaped marginal depression began to form around the salt structure. The salt continued to rise and it formed a salt diapir (diapiric stage). It rose to close to the surface and a secondary marginal depression formed around the upper part of the diapir that contains an unusually thick sequence of Jurassic sediments that dip in towards the salt structure (Figure 44-3).

There was only a thin sequence of Jurassic sediments above the salt structure and towards the end of the Jurassic the top of the salt structure was quite shallow, possibly above sea level at times. In early Cretaceous times there was a rise in sea level and the elevated Jurassic sediments were eroded. These sediments had previously been tilted, and in the southern part of the profile they are separated from the overlying Cretaceous by an angular discordance. 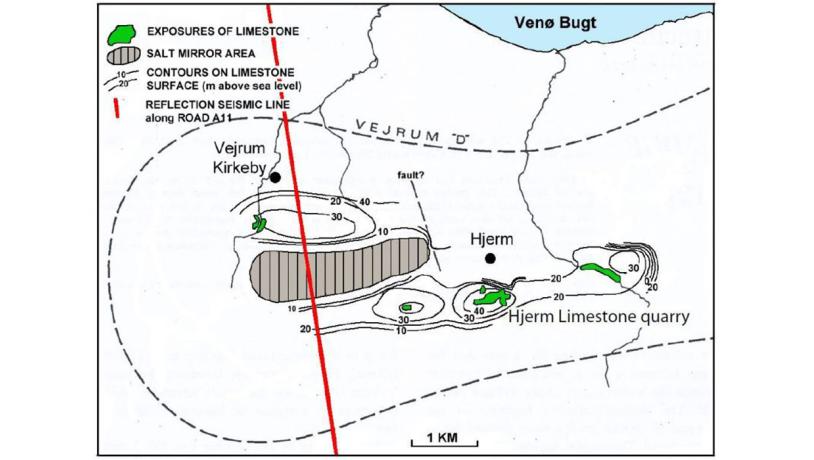 Figure 44-4: Hjerm limestone quarry at the opening of Thise Dairy´s new cheese store for the maturing of “grubeost” (mine cheese) in December 2013. The low temperature and high humidity give a special environment for development of the cheese. The mine continues behind the bricked up vault as a bat reserve.Photo:Geopark Vestjylland

The very thin sequences of Senonian (Upper Cretaceous) and Danian deposits on top of the salt structure show that the salt continued to rise after the diapiric stage in Late Cretaceous. In the following post-diapiric stage salt movements were re-activated, both upwards and sideways, and joints and faults formed in the elevated Senonian and Danian sediments. An east-west trending graben-structure developed between two normal faults. This graben structure contains up to 200 m of Tertiary (Eocene and Oligocene, but not Miocene) and Quaternary sediments. Subsidence of this trough-structure has been active throughout the Tertiary and into the Quaternary. The salt surface is now at a depth of 206 m where groundwater has dissolved the salt and left gypsum that has formed a caprock (Figure 44-2).

During the Pleistocene the top of the Vejrum salt structure has been subjected to erosion during several glacial advances. During the last glaciation the salt structure had a marginal location relative to the MSL, as did the salt domes at Sevel (site 45 - Sevel Limestone Quarry) and Mønsted.  Madirazza suggests a possible link between the salt structure and the Quaternary morphology (Madirazza 1968); this is treated in G25. Till deposits that cover the limestone surface can be seen in several limestone quarries and sometimes reach a thickness of 2-3 m. 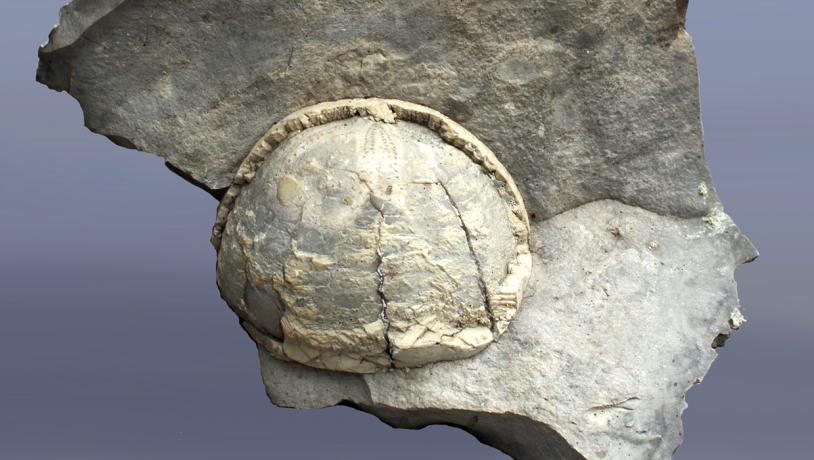 The Danian limestone is near the surface along the sides of the trough. The southern flank is the longest, and it is at the eastern end of the fault here that Hjerm limestone quarry is located. The limestone has been dated to Late Danian, macrofossil zone D, chalk nannofossil zone 8. The chalk, flint and fossils are dealt with in more detail under sites G24 - Odby Klint and G49 - Bjørndal limestone quarry.

Chalk has been mined for agricultural purposes since 1770, but excavation and firing in kilns did not start seriously until the late 1800s. A large circular kiln was built in 1893, and mining took place underground so that the industry was also active in the winter months. Firing of limestone in kilns ceased in 1941, and the excavation of limestone for agricultural purposes ceased in 1957.