Bjørndal Limestone Quarry is situated about 1 km north of Uglev on Thyholm and is located on top of the Uglev salt dome. The area reaches up to 30 m above sea level. The limestone surface lies under a thin layer of glacial deposits. There used to be four limestone quarries in this area but this is the last one that was in operation with excavation of limestone for roasting (for building purposes) until 1942 and then until 1957 for agricultural use (Figure 43-1). 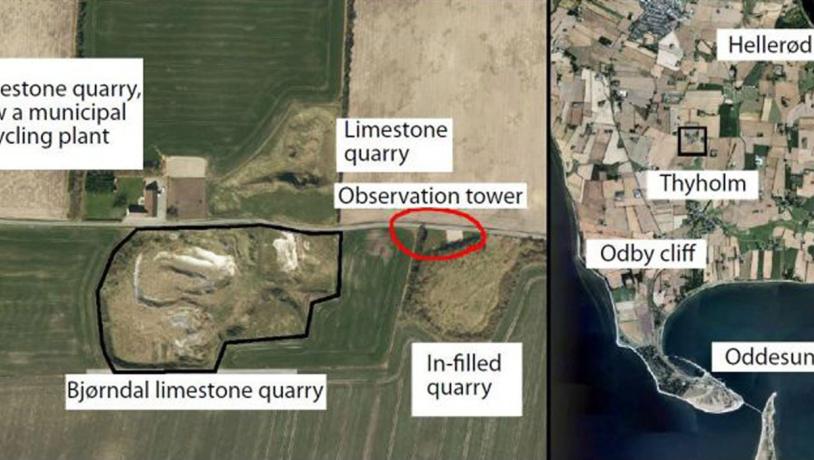 Figure 43-1. The location of the site is shown in black. Limestone has been extracted here since the early 1700s. There were several small limekilns in the late 1800s and early 1900s. The area marked in red is a newly established parking place with an observation tower. Photo:Geopark Vestjylland

The limestone is near the surface because of the underlying salt dome that has elevated it by some 400 m. The Uglev salt dome has lifted the overlying sediments without actually penetrating them. A boring on top of the salt structure has revealed the following thicknesses: Danian 32 m, Cretaceous 809 m, Jurassic/Triassic (Liassic) 106 m. The cap rock (anhydrite) was reached at 946 m and rock salt at 973 m. The borehole ended in rock salt at a depth of 1240 m. The small thickness of Danian limestone above the salt dome might be due to erosion. A borehole about 8 km to the south (Oddesund 1) revealed a thickness of 235 m of Danian limestone, and the exposed sequence of inclined Danian at Odby Klint (site 42) has a thickness of about 40 m  (Figure 43-2 and 43-3).

The limeston quarry was studied in detail and described while it was in use by H. Ødum (Helligkilde 1, published in 1926). From this source we know that the limestone is cut by joints and faults, and that the direction and steepness of dip of the layers is variable. Whether or not this tectonic activity reflects the upward pressure of the salt dome is a matter of conjecture. 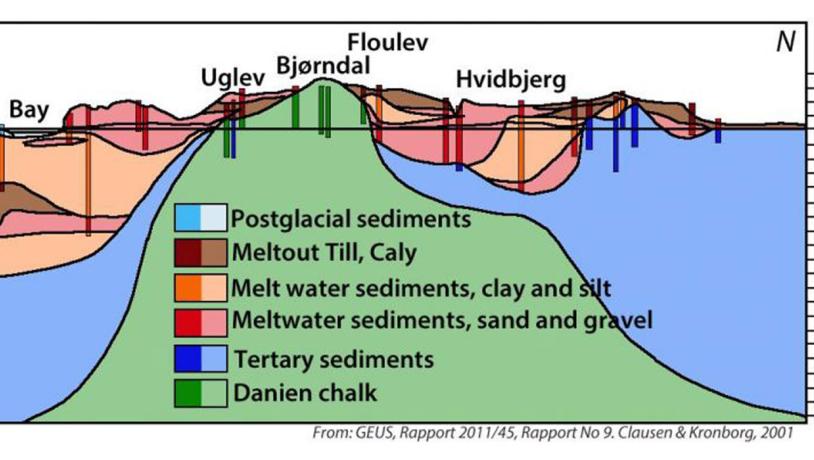 Figure 43-2. Profile through the Uglev salt dome from northern Thyholm to Oddesund based on a series of boreholes. Solid colours are drilling data; paler colours are interpretations. It is evident that both the limestone and the overlying Tertiary deposits have been disturbed. Some of these are visible in the coastal cliffs. (Source: GEUS, report nr. 9).Photo:Geopark Vestjylland

The limestone is very fine grained (calcilutite) and is slightly lithified. There is a local occurrence of bryozoa chalk. As in the other outcrops of Danian limestone in GPWJ there are many regular layers of flint. Fossils, both macrofossils investigated by Ødum and newer studies of nannofossils, indicate that the deposit is of Middle to Upper Danian age. The limestone is quite poor in fossils which may be due to it being deposited in relatively deep water. The assemblage does, however, include fossils and fragments of calcareous sponges, corals, crinoids, starfish, sea urchins, brachiopods and mussels (spongiae, anthozoa, crinoidae, asteroidea, echinoidea, brachiopoda, lamellibranchiata).

The elevated limestone forms a dome-shaped landscape which, together with the low-lying limestone at the coast (site 42 – Odby Klint), clearly demonstrates the effect of a rising salt structure. Despite the erosive effect of several glacial advances the central part of the salt structure is almost 30 m higher than the exposed Danian limestone at Odby Klint, outside the area influenced directly by the salt dome. 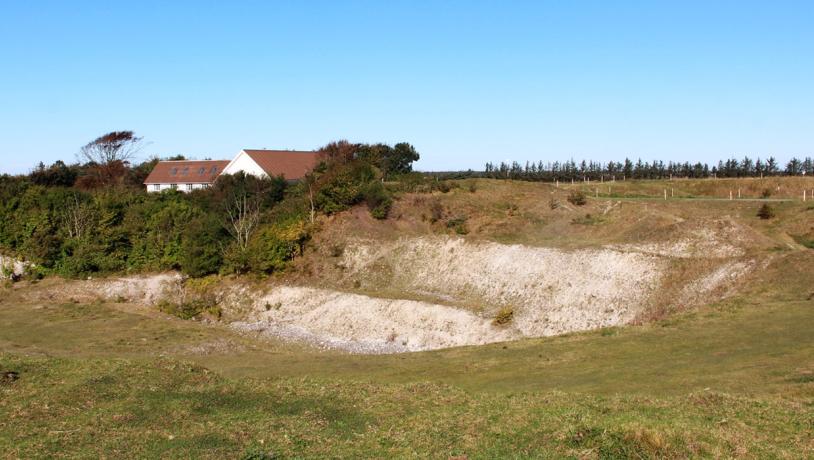 Extraction of limestone ceased in 1957 and the quarry is now rather overgrown. The relevant protection paragraph (Nature Conservancy Law § 3) ensures that the vegetation is natural, open and rich in calcareous plants. There is a partially exposed profile in the quarry where a cleaning operation is to be desired.

Limestone has been extracted here since the early 1700s when farmers added lime to the soil that was otherwise not fertilized. This activity increased after agricultural reforms later in the 1700s. From the latter part of the 1800s until 1942 limestone was extracted for the production of lime for building purposes using several limekilns in the area. Good quality lime from here was used extensively in many places in thinly populated western Jutland in the period around 1900 (Figure 43-4). 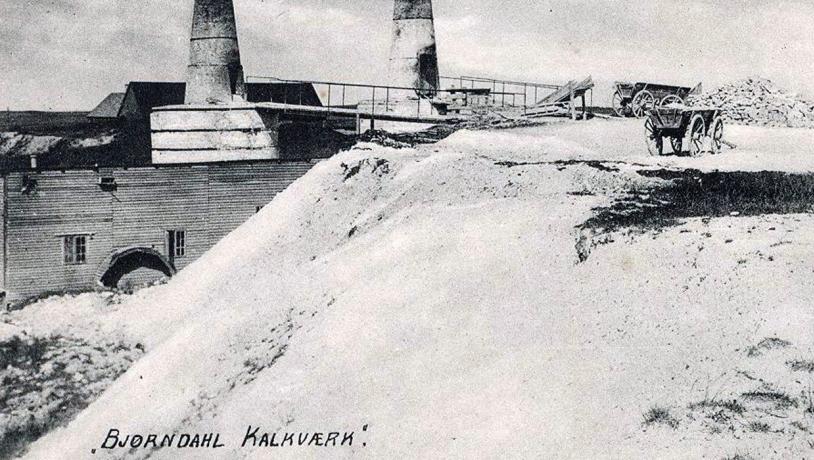 The large amounts of flint that were a by-product from the production of lime were widely used for the construction of foundations for farm buildings, as the base for manure heaps, and for the erection of stone walls around fields and gardens. Related sites are 42 (Odby Klint), 45 (Sevel Limestone Quarry) and 44 (Hjerm Limestone Quarry).