For centuries limestone has been an important material for construction but the occupation as a limestone burner was very dangerous.

In Medieval times – from around the 1100s – in connection with the construction af Europe's many new churches, monastries and castles that were build with stones in stead of wood – the production increased dramatically and almost every small town had its own limestone-works. You could burn and drain the lime and use it as mortar between the stones, which gave a better durability than earlier on. The many village churches from the Medieval period are prove that the method gave lasting results since they are still standing in the landscape.

Being a limestone burner was a dangerous profession. The heat from the kilns and the dust from the proces could result in blindnes and explosive fires. Often, there was a great deal of kulmonoxid (called CO) in connection with the burning. This is a toxic gas, that could cause dizziness and disorientation. The burning lime could quickly burn deeply into the skin.

The proces of burning in a typical lime kiln from the 1700s was to fill the kilns with layers of limestone and coal and then close the entrance with a brick wall. Then the burning started and it took five to six days. You could not leave during the burning proces - it required attention.

Through a small peephole, you could keep an eye on the burning process and an experienced burner could determine the phase of the burning merely by looking af the smoke. 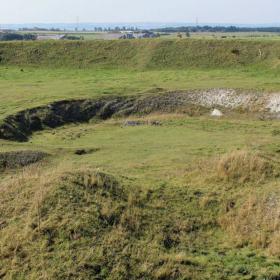 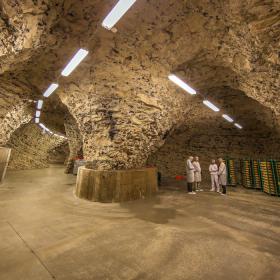 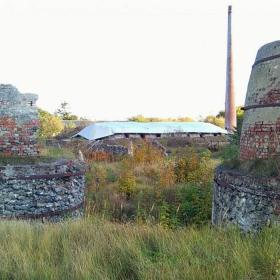