Tunnel valley with thresholds and basins. 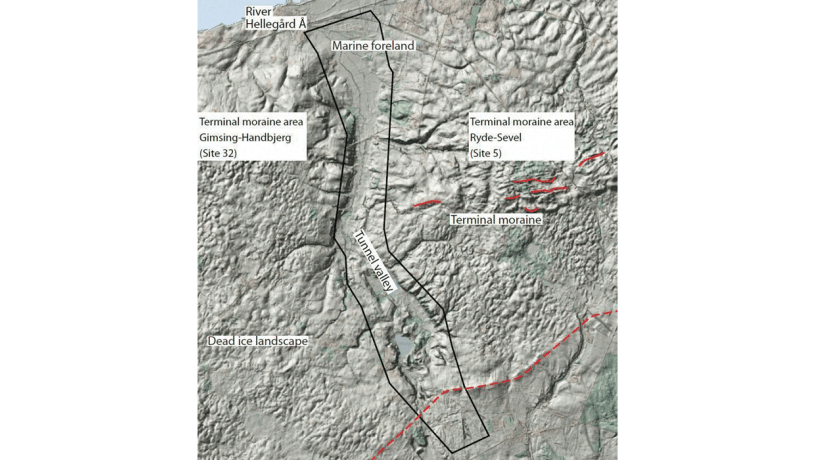 Figure 15-1: Map of the Hellegård locality. The tunnel valley is very evident in the digital elevation model. Photo:Geopark Vestjylland

The valley has an overall north-south orientation in the northern part that starts in Venø Bugt. About 5 km to the south it changes direction and trends NNW- SSE for the remaining 4 km. It ends at Sønderhede with an outwash fan whose top point is just north of the small town of Skave (Figure 15-1). The floor of the northern part of the tunnel valley is flat because this low-lying area was invaded by the Littorina Sea that deposited marine sediments here. The southern part shows the characteristic features of a tunnel valley with a slope up to the original glacier portal with several steps or thresholds. Basins were excavated by the flowing meltwater to the north of the thresholds. The largest of these basins are now lakes Holmgård Sø and Møllesø. As at Klosterhede - Kronhede (site 20), the proximal part of the outwash plain has been exploited by the excavation of raw materials. 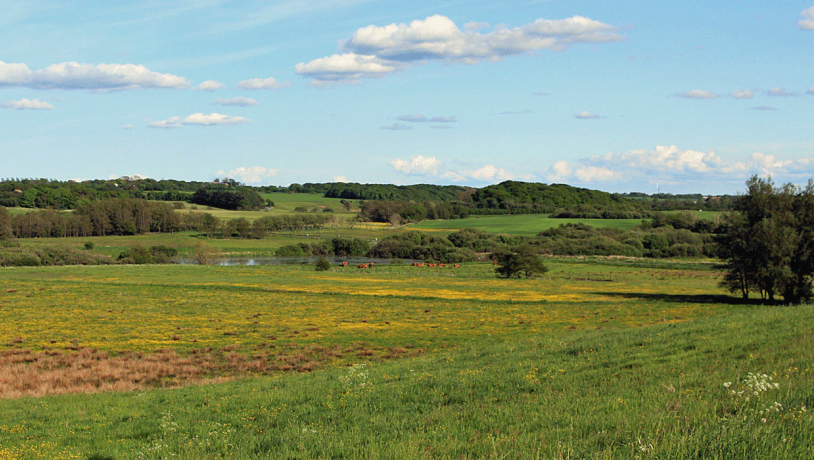 When the tunnel valley developed, meltwater flowed from north to south i.e. up hill, whereas the modern river Hellegård Å has its source near Borbjerg and flows from south to north and reaches Venø Bugt at Handbjerg. The valley generally has a quite flat, narrow floor with quite steep walls. The floor is marshy with small lakes while the steep walls are covered with scrub and coppices. More gently sloping valley walls have ben cultivated. Hellegård Å is a protected watercourse and the entire valley has a mosaic of protected types of nature: marshland, meadowland, lakes and common land (Figure 15-2).

The area around the valley has been inhabited since the Stone Age. There was easy access to the rich resources in Limfjord. There are traces of Stone Age, Bronze Age and Iron Age inhabitation on both sides of the valley. There is a particularly large concentration of prehistoric remains near Brødbæk and Store Ryde Mølle. There was probably a ford across the river here. There are several significant water mills along the river, including Borbjerg Mill that has been active for more than 600 years. The river Hellegård used to be called Oe hin Heelie which means “The Holy River”.

Much of the site has been nominated as a Natura 2000 site and contains many items of cultural historical value. The heathland plays a role in local identity, and the kettle holes at Hjelm Hede have inspired local legends and a scene in a novel by Jeppe Aakjær (1866-1930), a leading Danish author who is known for his stories about the harsh living conditions in this area.