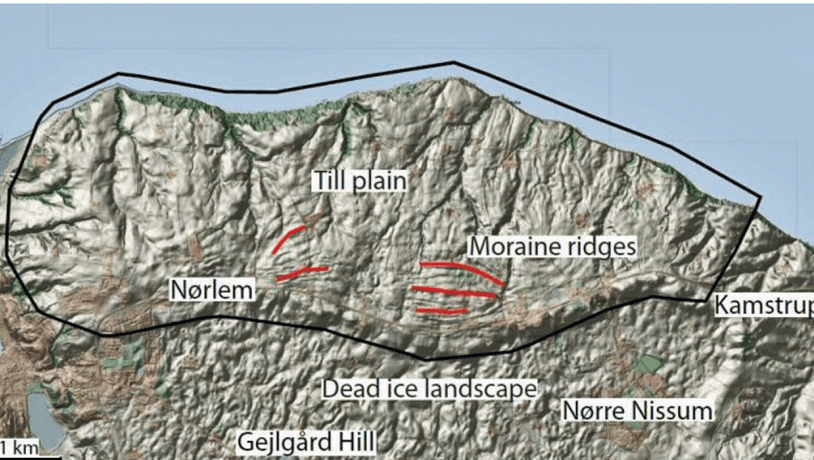 This site comprises a large east-west striking ridge just to the east of Lem Vig (site 13) and its northern flank down to the coast of Nissum Bredning (Figure 7-1). The main road from Lemvig through Nørre Nissum follows the top of the ridge. This impressive ridge is one of the most significant features in the moraine landscape that makes up the northern part of GPWJ. This moraine landscape formed during a re-advance following the Main Weichselian Advance 23.000-21.000 years ago.

The moraine landscape immediately behind the MSL generally has low relief and an undulating surface with many small hills and depressions (see site 17 Lomborg-Bonnet-Heldum and site 18 Nørre Nissum - Fabjerg). This is interpreted as a dead ice landscape with kames and kettle holes that developed during melting of the ice at the MSL. About 4-5 km behind the MSL this gentle topography is broken by a series of more marked ridges. These ridges are interpreted as terminal moraines that formed during one or more re-advances of the ice front during the general retreat of the MSL glaciers. Amongst these ridges behind the MSL the one at Nørlem – Nørre Nissum is the most clearly developed and the most impressive. 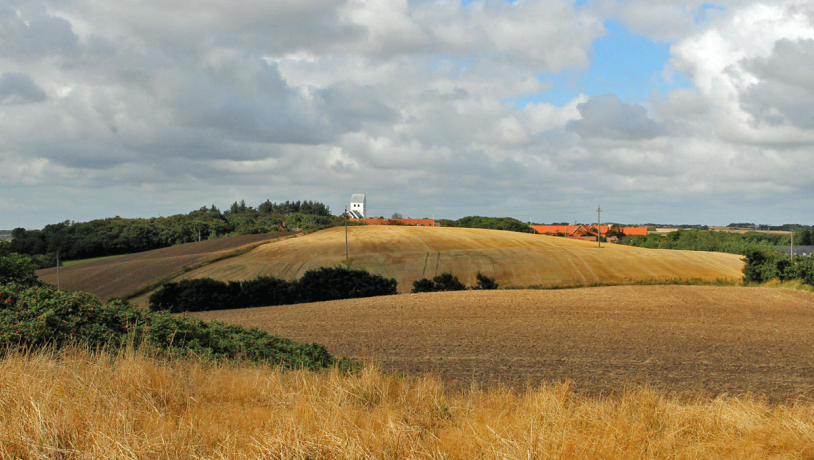 The main road from Lemvig town to the east passes along the top of this ridge that extends from the large valley system at Lem Vig in the west (site 13) through Nørre Nissum to Kamstrup in the east. The ridge dominates over the land to the north and south. Its highest point, 90 m above sea level, is marked by the barrow Bavnehøj just outside Nørlem. There is a good view from the ridge to the south over the undulating moraine landscape (site 18 Nørre Nissum - Fabjerg) and to the north across the northern flank of the ridge to the inland sea Nissum Bredning. A particularly good view of the ridge and both flanks of this terminal moraine is available from Gjelgård Bakke hill and from the road some 5 km east of Lemvig (Figure 7-2). 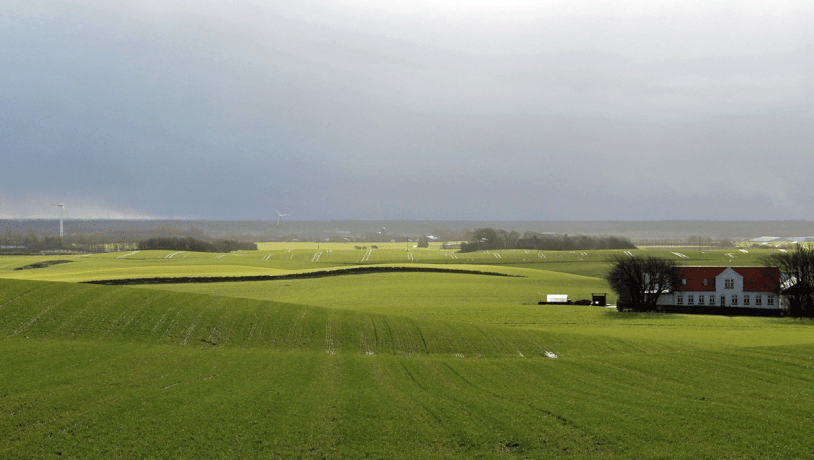 The southern flank of the ridge slopes steeply down to the undulating till plain (site 18) with a fall of about 20-30 m, 15 m of which often takes place over a distance of about 100 m (Figure 7-3). To the north the landscape slopes gradually down to the coast of Nissum Bredning over a distance of about 2 km in the west to about 1 km in the east. At the coast there is a cliff or slope that is up to 25 m high. The terminal moraine consists generally of clayey till with small areas of sandy till. Furthest to the east, however, where the terminal moraine is adjacent to Bjerrum Arch (site 8) there are large areas of meltwater sand and of clay deposited in a lake. 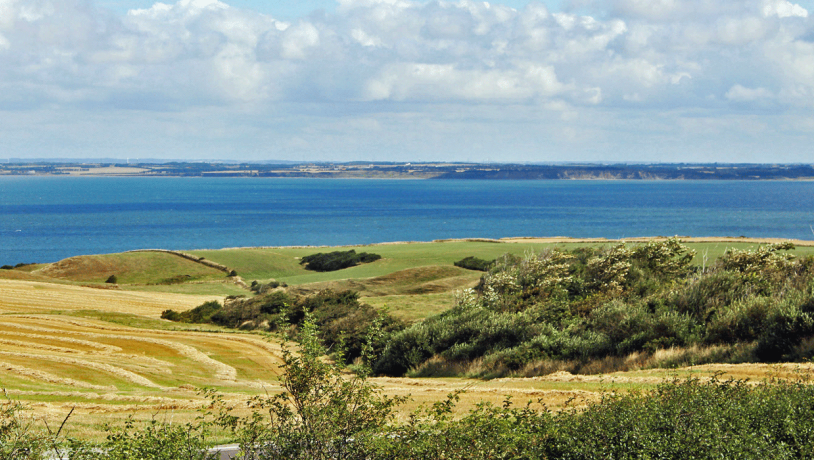 The prominent ridges were formed as a terminal moraine as a consequence of a glacial re-advance after formation of the MSL at a time when the land in front of terminal moraine was ice-free or affected by dead ice. The northern flank of the ridge is cut by several deep valleys that extend north-south from the top of the ridge down to Nissum Bredning (Figure 7-4). These valleys were formed by flowing water after the ice had melted. On the coast at Kappel at the northern end of the locality there are cliffs that are subjected to active erosion. There are large landslips in the cliffs that are due to the presence of plastic meltwater clay that was probably formed towards the end of the Elsterian glaciation. The Kabbel area has been preserved because of its value as a landscape.

Nature Conservancy Law § 3 (protected types of nature) and the beach protection line are important in this area. Nørre Nissum Church and two prehistoric sites have been preserved. The uneven nature of the terrain north of the terminal moraine makes cultivation of large areas rather difficult. This has led to the development of individual small farms. There are, however, extensive grassy areas that are owned by two large farms based on horse breeding and horse-trading.