Oddesund is a coastal area located north of Struer. There are two large spits in the area that extend towards each other from the south and from the northwest. The two spits are separated by a narrow sound, Oddesund, which is about 400 m wide (Figure 39-1). The southern spit is straight whereas the northwestern one is recurved. The area includes other coastal landforms including beach ridges, beach lakes and tidal meadows. 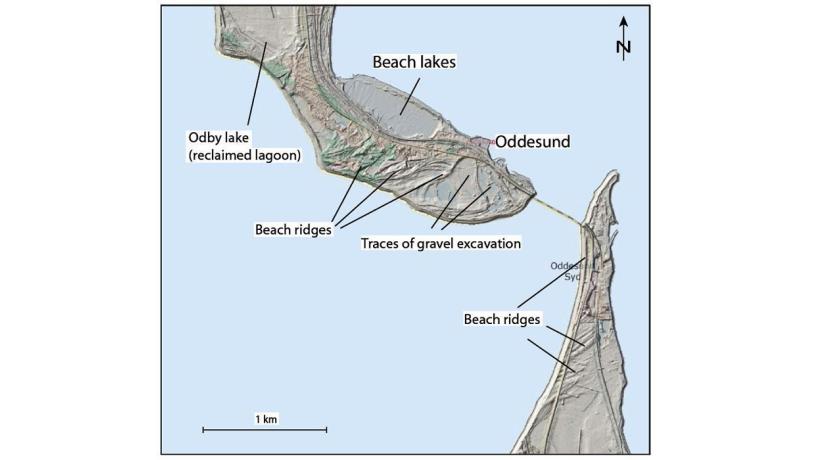 Together with the hinterland and the coastal cliffs on either side, the area gives an excellent impression of how coastal erosion and deposition have formed the landscape. The spits are low-lying marine foreland since they exclusively consist of marine sediments. They are only up to 2-3 m above sea level and the flat landscape contrasts with the hilly glacial landscape to the north (site 42 Odby Klint) and south (site 6 Toftum Bjerge). The spits were probably formed during the Littorina transgression (9.000 – 6.000 years ago). Sea level at that time was about 2 m above that at present, and erosion of the nearby coasts supplied material to the area. The area around the spits is still subjected to erosion and deposition. 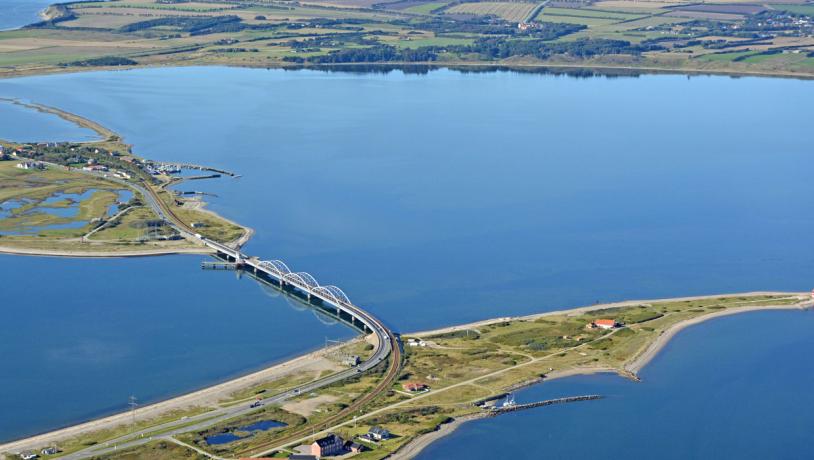 The dominantly western winds and the large open stretch of water in Nissum Bredning create waves that lead to erosion of the coasts north and south of Oddesund. The cliffs at Odby and Toftum Bjerge are a result of this. The eroded material is transported by currents along the coast and has led to construction of the southern spit towards the north and the northern spit towards the south (Figure 39-2). The two spits almost meet at Oddesund but an isthmus has not developed because this is one of the deepest parts of Limfjord (Figure 39-3). A contributing factor is that the currents in Oddesund are very strong since large volumes of water pass though here as a result of strong tides and winds. The considerable water depth may in fact be a result of these powerful currents.

Both spits contain clear examples of “fossil” beach ridges that illustrate the construction of the spits. Along the coasts of the spits there are active beach ridges consisting of gravel (Figure 39-4). These are most marked along the west coast where they reach heights well above normal sea level. In the past some of the beach ridges were excavated for gravel which has resulted in water-filled depressions in the landscape. 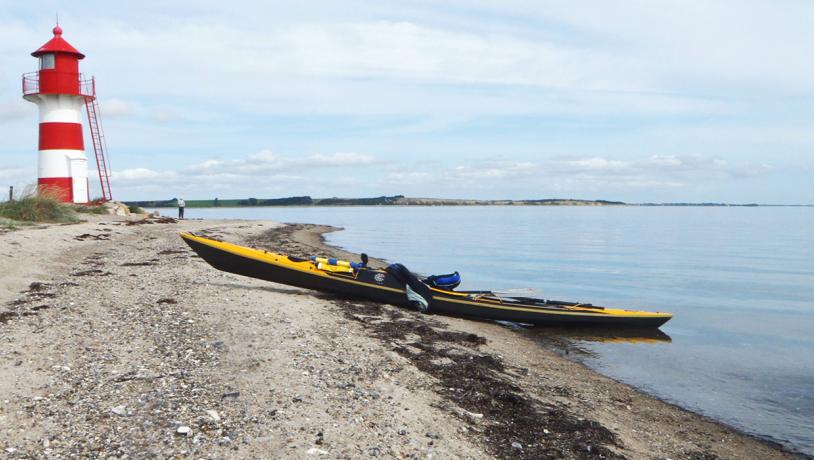 The spits continue to develop today, and study of old maps reveals that the northern spit in particular has grown considerably over the past century. The gradual evolution of the coast has resulted in the enclosure of several beach lakes that are now in various stages of vegetation. Along the west coast of the northern spit there are several earlier beach lakes that have become completely overgrown and are now tidal meadows. Odby Lake, just north of the area, used to be a coastal lagoon, but it has since been drained. On the eastern coast of the northern spit there is a lagoon (Høl) that has not yet been completely enclosed by the developing spit. 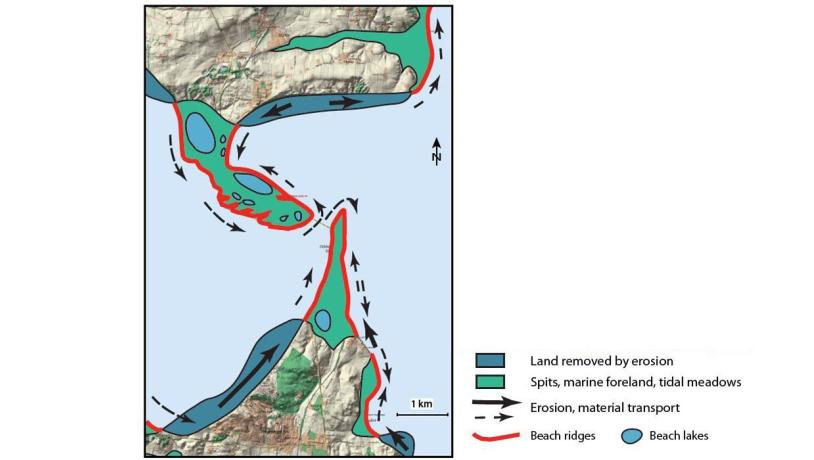 Large parts of the area are protected nature in the form of tidal meadows and small stretches of heathland. Some of the area has been nominated as a Natura 2000 bird protection and habitat site. The Oddesund area has always been important as a crossing point because of the narrowing of Limfjorden here. There used to be a ferry across the sound, but a rail bridge was built in the 1930s that was later expanded with a road bridge. Because of its importance for traffic, the area was extensively fortified by the Germans in the Second World War, and there are still many intact bunkers on both spits.

Oddesund is an easily accessible tourist destination that can readily be developed for the communication of geopark information. The area is popular for windsurfers and divers. Struer municipality has obtained areas on both spits with the intention of developing a visitors centre where, in cooperation with local volunteers, communication of the area’s natural and cultural history will take place.