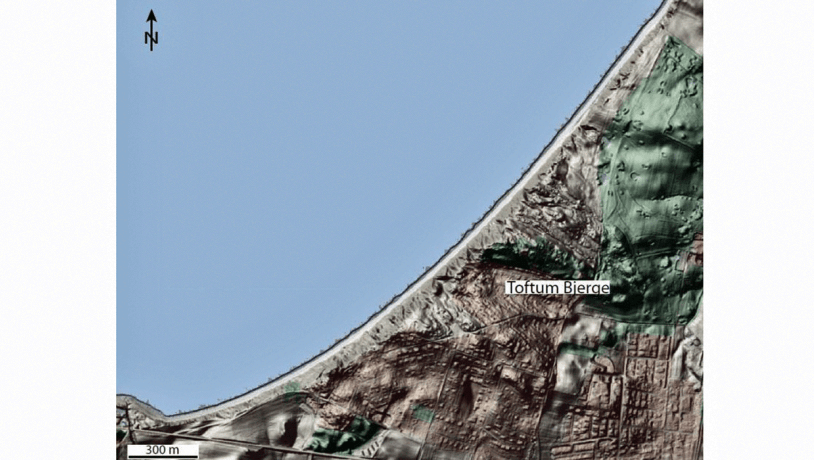 Toftum Bjerge is located at the southwest corner of Nissum Bredning about 7 km north of the town of Struer. The locality comprises a coastal cliff with a height of up to 40 m that extends for about 2 km along the coast (Figure 6-1). The cliff contains deposits from the last three glaciations that have been thrust and folded as a result of glaciotectonics. The profile is of particular interest because it contains a thick sequence of sandy meltwater deposits from the end of the Elsterian glaciation. 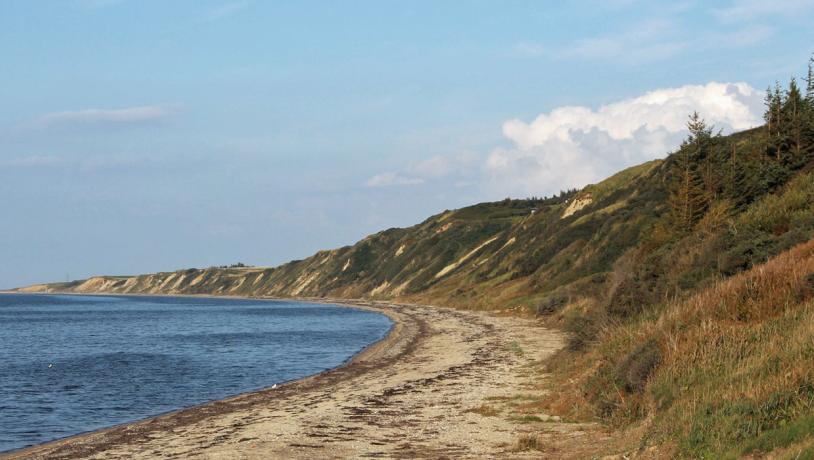 These late Elsterian deposits occur as an up to 28 m thick sequence of meltwater sand and clay at the base of the profile. Elsterian deposits occur elsewhere in GPWJ (for example, site 42 – Odby Klint and site 12 – Nygård Hage). It is noteworthy that meltwater and marine deposits of Elsterian age, as well as marine deposits from the Holstein interglacial, are particularly developed in a long stretch (presumably an earlier fjord) that winds its way between the salt domes in the western Limfjord area (Figure 6-2). The salt domes may have been actively rising when these sediments were accumulating and therefore controlled their area of deposition. The thickness of Elsterian deposits at Toftum Bjerge is about 10 times greater than at Odby Klint, reflecting the fact that Toftum Bjerge is located in the area between the salt domes. 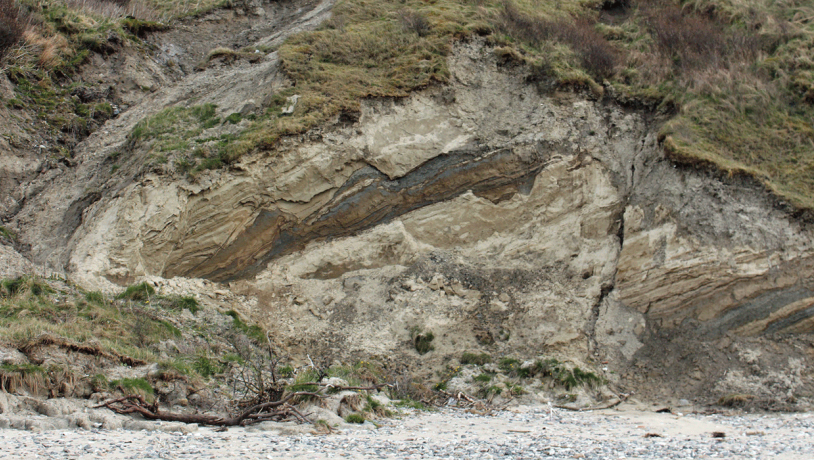 Above these meltwater deposits there is a sequence of Saalian clayey till that varies in thickness from 1 to 8 m. This clayey till is in turn overlain by about 5 m of meltwater sand and gravel that is presumed to be of Weichselian age (Figure 6-3). The sand and gravel were deposited in front of the ice that advanced to form the MSL. The cliff profile is strongly influenced by glaciotectonics with up-thrust sheets and folds (Figure 6-5). The sheets dip to the northeast and are particularly prevalent in the central and southern part of the profile. The landscape above the cliff has the character of a terminal moraine with ridges that extend northwest – southeast, consistent with the orientation of the thrust sheets. This terminal moraine was probably formed during a re-advance in connection with the gradual melting and retreat of the ice from the MSL. 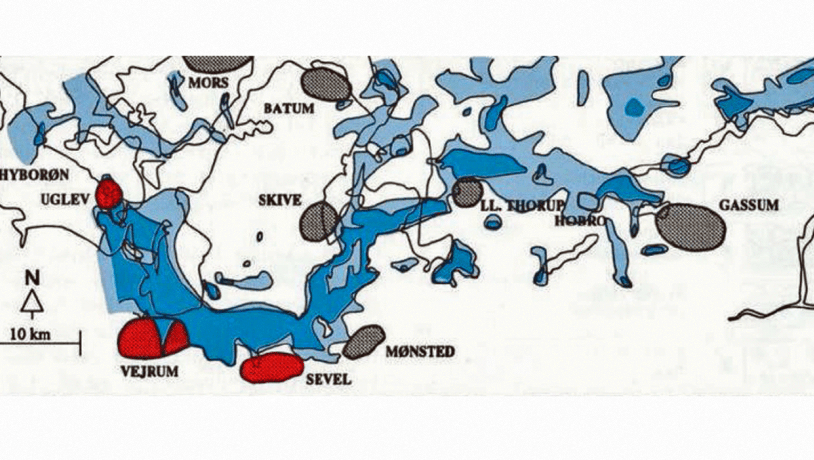 The locality contains other interesting geological and hydrological features. There is, for example, a marked erosional valley (presumably of late glacial age) and several springs in the cliffs and on the beach. Another feature is that the terminal moraine hills above the cliff are covered by low sand dunes. Parts of the cliff are heavily vegetated, but erosion during powerful storms over the past few years has exposed large portions (Figure 6-4). 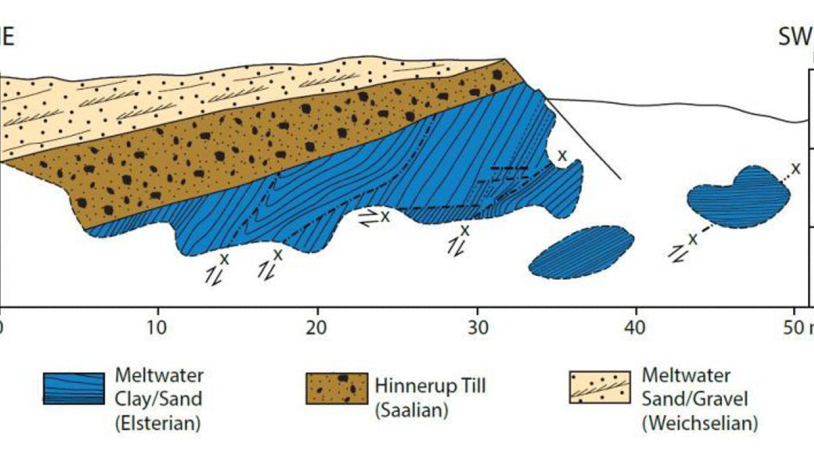 Toftum Bjerge is an area of National Geological Interest (NGI 74) and the entire area is protected nature. Parts of the area have been preserved. Some of the beach sections are Natura 2000 bird habitat and protection areas. The locality has good facilities for visitors in the form of parking places, paths, tables and benches as well as steps down to the beach. The area is well suited for geological communication because of its accessibility, and Struer municipality and other organizations regularly hold geological trips here. There are excellent views from the top of the cliff that is commonly visited by tourists. In the middle of the 20th century a group of local artists, the so-called “Toftum artists”, were inspired by the impressive and dramatic nature here.