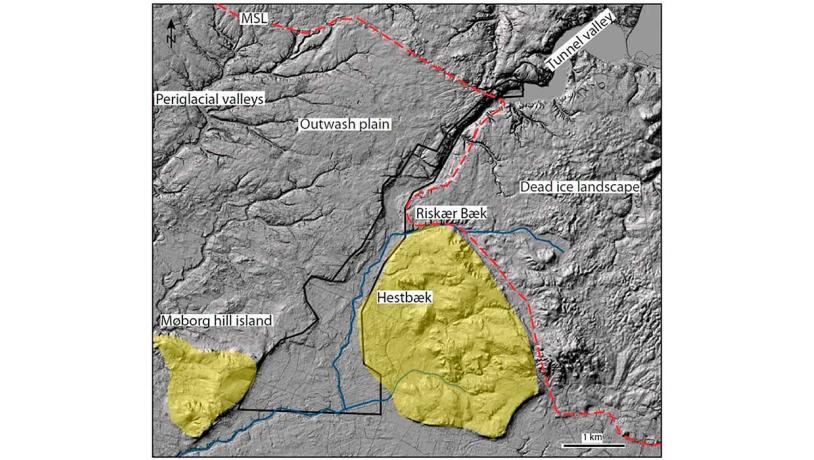 Figure 23-1: Location of Fousing valley. During LGM the meltwater from the Scandinavian Ice Sheet flowed southwards towards the outwash plain whereas the modern streams (blue lines) drain northwards into Venø Bugt. Photo:Geopark Vestjylland

The Fousing Valley locality comprises a roughly 12 km-long valley. It extends from Kilen Tunnel Valley (site 14) in the north, where it is less than 500 m across, to the Storå Valley (site 21) in the south where it has a width of 4 km (Figure 23-1). The outwash plain of Kronhede – Klosterhede (site 20) borders Fousing valley to the west and a heathland area on a hill island (site 35 Idom Å and Ormstrup Hede) lies to the east.

The marked periglacial valley is interpreted as having been formed by lateglacial erosion when the ground was still frozen and barren of vegetation. Water in the valley flowed northwards since the ice in the Limfjord area had melted. Today the stream Bredkær Bæk, whose source is southwest of Fusing Kirkeby, flows in the valley and still drains into the bay Venø Bugt in Limfjord. The southern end of the valley is a flat area that stretches for about 1.5 km. This area functions as a watershed since to the south water flows in the opposite direction (i.e. southwards). Further south the stream converges with Riskær Bæk from the east and a tributary from the northwest that drains the Kronhede – Klosterhede outwash plain. From here the Hestbæk stream flows south and reaches a large drained marshy area north of the Storå Valley (site 21). The Møborg Hill Island (site 25) lies to the west. 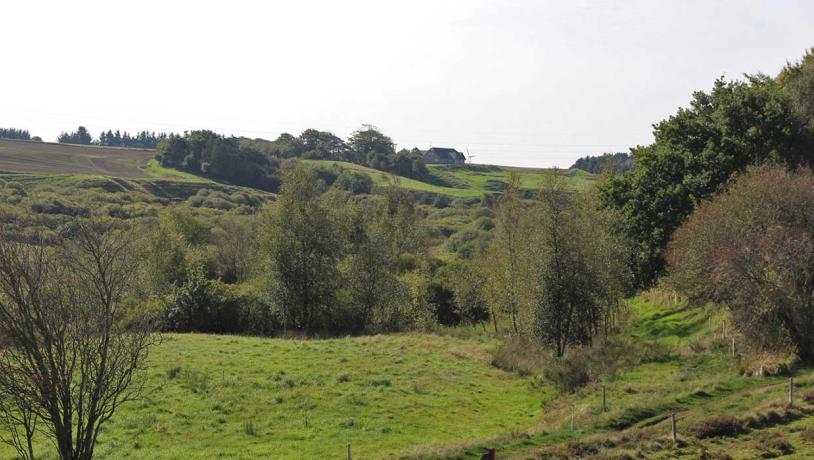 Fousing valley has many of the same characteristic features as the late glacial periglacial valleys that cut the Kronhede – Klosterhede outwash plain. However, in contrast to these valleys that exclusively drain westwards towards Nissum Fjord, Fousing valley drains both northwards to Venø Bugt in Limfjord, and southwards to a large marshy area that presumably drains further south to the Storå valley. An additional special feature of Fousing valley is that the valley floor lies at a higher level (about 10 m) than the valleys that cut through the outwash plain further west, and about 5 m higher than the Trælborg Valley (site 22) further to the north.

The northern part of the site is coincident with Kilen (site 14). Modification of the landscape by ice and meltwater here has resulted in a terrain with large gentle hills and steep slopes. The landscape is most dramatic in the Kilen area and becomes less striking in the small valleys that cut down into the flatter terrain.

The narrow, northern part of the Fousing valley valley contains protected types of nature: marshes, meadows and heaths. That part of Fousing valley that overlaps with Kilen is protected by conservation. There is a large concentration of barrows, and the cultural heritage “Ancient Road”, that extends along the MSL from the North Sea at Trans in the west to river Karup Å in the east, passes through the area. The broad, southern part of the site that is drained for agricultural purposes has fewer registered areas of natural interest.