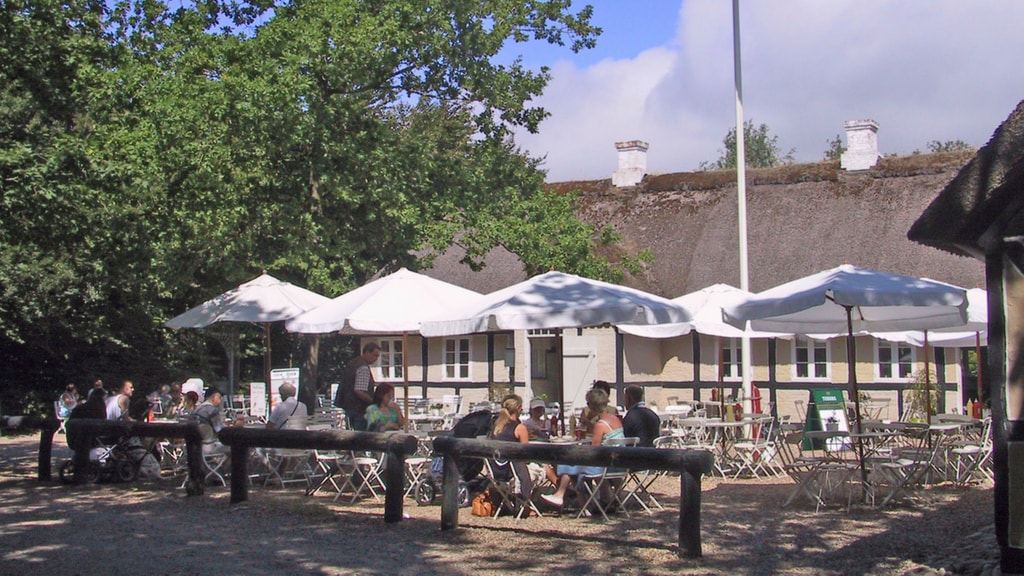 "Skyttegården" originates from Gjerrild in Djursland, where it belonged to the estate Sostrup served as a residence for the manor shooter. The most important task of the manor shooter was in wildlife care on the land of the goods and to deliver the necessary game to the household of the goods. In urban forests, the forest staff often had a living income by driving a tractor station where people could eat the brought food and buy boiling water for the coffee. The house is built around the 19th century. The load is from approx. 1850, and the outhouse is from the late 18th century.

The buildings are now decorated to the restaurant and banqueting rooms, and the outbuildings are equipped with toilets and handicap toilets. We have good conditions, and meeting and conference rooms for up to 300 people.

Restaurant Skyttegaarden is open from 1 April to 30 September and on the weekends in December in connection with the Christmas activities at the Open Air Museum Hjerl Hede.