Up until about 1830 there were only three major farms and 13-14 small farms and houses behind the beach. The site has, however, a much older history. There was a landing place here for a long time before the town evolved. There were no landing facilities like a jetty or a mole, just an open beach. Transport of cargo took place using small boats and horse drawn carts. There was a more or less official beach market place. The beach location itself was under the authority of Holstebro but it was businessmen from Aalborg that controlled all trade in Limfjord. This led to considerable illegal trading. There are records of repeated warnings from the authorities to cease illegal activities. 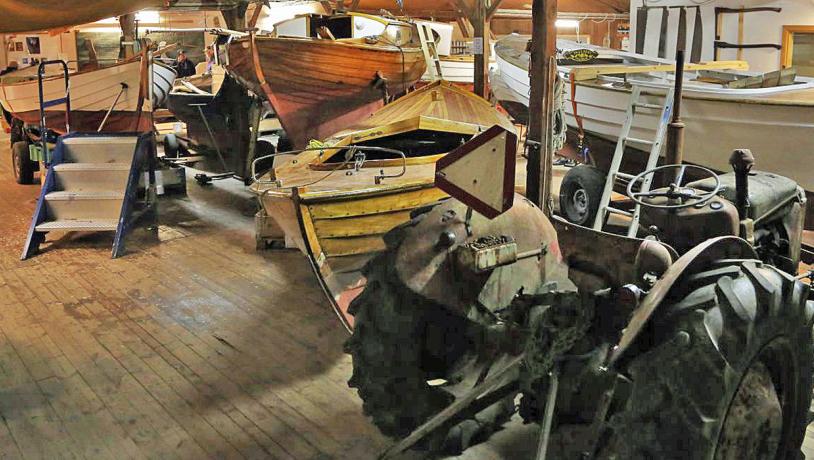 Through the 1500s and into the 1600s there was a thriving business for the trading and export of steers. The drivers road from Thy and Thyholm went from the ferry crossing at Oddesund east of Kilen at Kjærgårdsmølle and further to Holstebro. But the route to the market place at Struer followed the shorter but more difficult route across the spits between Kilen and Venø bugt (bay). It is actually these spits that have given Struer its name. The name “Struer” is believed to be a combination of narrowing (stru.) and stony beach (-ør) so that Struer is the narrowing by the stony beach. There was a considerable amount of activity with the raising and trading of steers from the 1500s until well into the 1600s. We know from various sources that the landing site was very important for, for example, the unloading of building timber from Norway.

From the middle of the 1600s up to the mid 1800s there were almost no trees in West Jutland, except in a few major farms. Virtually all the wood that was necessary for building and maintenance was sailed form Norway. This meant that the landing place at Struer was of considerable regional significance. Northwest Jutland had three important links with the outside world. The steer-driving road from Thy down through Jutland to Northern Germany; the port at Ringkøbing to sail to Holland; and the landing site at Struer that, via Limfjord, gave access to Ålborg and further to Copenhagen, Norway and Sweden. Struer had the practical function of a market town, but with a population of only about 100 people living in a few houses and farms. 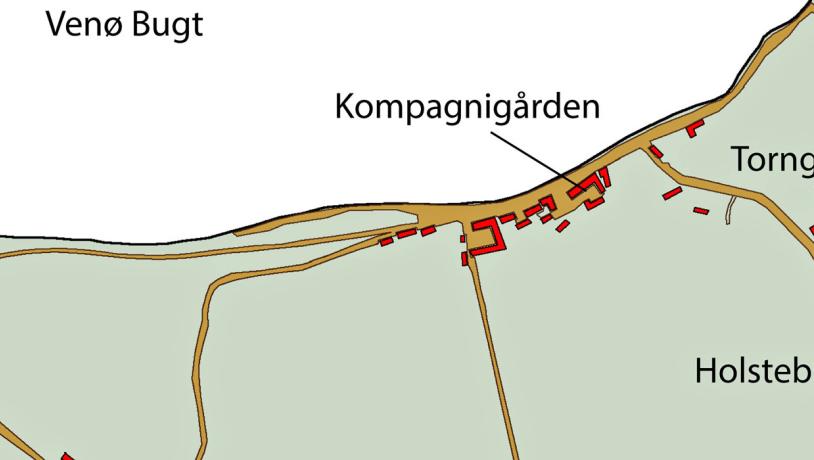 Through the 1700s the landing site was used by businessmen from both Holstebro and Ålborg. There was a constant quarrel as to who owned the rights to trade there. Towards the end of the century the authority was given to Holstebro and in 1799 a group of 9 businessmen from Holstebro established warehouses, but without much success. But things were about to change. The land reforms in about 1800 began to take effect with increased agriculture and the demand for farming equipment increased. A major change took place when the Agger isthmus was breached by the sea in 1825, after which it was possible to sail into the North Sea by a vastly shorter route. The dominant role of Ålborg came to an end and primitive harbour facilities began to develop at Struer. In 1842 H. P. Rygaard, a businessman from Holstebro, purchased property in Struer, built a warehouse and moved his business there. He also bought the farm Torngård, erected a new building (now Struer Museum) and moved in. He also established the brick works and in the course of a few years built up one of the largest commercial concerns in Jutland that included farming, a timber yard, two brick works and 12 ships. 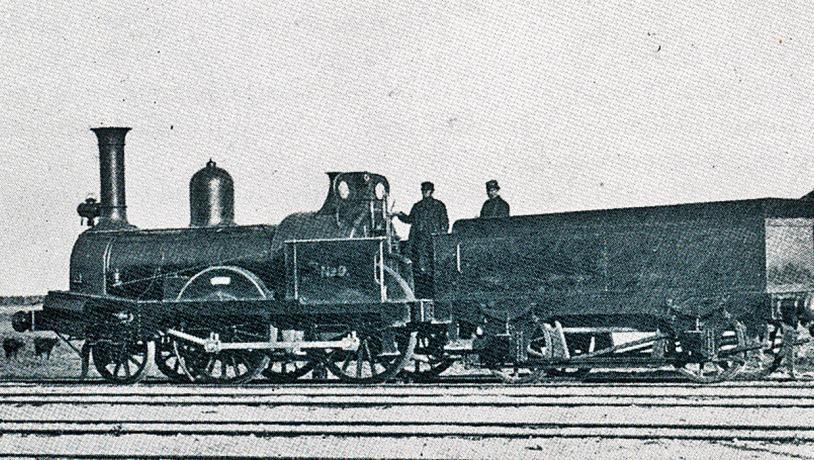 The advances in agriculture combined with an increasing export market, especially to England, resulted in the government recognising that Struer was an important base for the export of farming produce. A harbour was to be built and traffic links improved. The first two projects involved building a dam at the narrows (Kilen) to facilitate the transport of steers from Thy and the construction of a harbour. Both of these were completed in 1856, after which the town developed rapidly. The harbour was extended several times, including construction of a fishing harbour. A railway connection from Skive was opened in 1865 that linked with the railways in eastern Jutland. This was followed by construction of rail links with Holstebro (and further to Skjern and Esbjerg), Herning (and further to Vejle) and north to Thisted. Struer became an important junction and the base for the administration of the central and western Jutland rail network. In connection with the railway to Thisted a harbour for steam ferries was built at Oddesund. In the course of little more than 50 years Struer developed from a stony beach with a couple of farms and 14 houses to a thriving town with three brick works, a large harbour and several rail connections with responsibility for the railway network of the entire region.

Growth of the town continued and by about 1970 it was a thriving centre for trade and industry with 11.000 inhabitants. The largest companies were a cooperative slaughterhouse for pigs and the electronics concern Bang & Olufsen (B & O) that is internationally recognised for innovative design and good quality. Struer Museum is housed in H. P. Rygaards farm from 1845. The author J. Buchholtz used to live here. In addition to a local history collection the museum also has many paintings by the “Limfjord Artists”, as well as a new underground extension that displays products from B & O. There is also a small exhibition of the “Struer kayak” that was unique in the field of international elite kayak competition from 1948 until 1996 when a team from DDR used fibreglass kayaks. The Struer kayaks were actually a spin-off from B & O since two kayak-interested furniture designers developed the moulded veneer technique that was used for the stylish cabinets for their production of radios and televisions.

Geologically Struer is located in the flanks of a tunnel valley. Its cultural historical development is related to dynamic events along the west coast. The breaching of the isthmus at Agger in1825 had two major benefits. Transport of steers from Thy could no longer take place along the isthmus and had to follow the route via Oddesund and Struer, and direct access to the North Sea meant a much shorter route for ship traffic and trade. It was possible for three brick works to develop here, as well as one at Breinholt just to the north, because of the presence of extensive deposits of Late Elsterian melt water clay close to sea level. 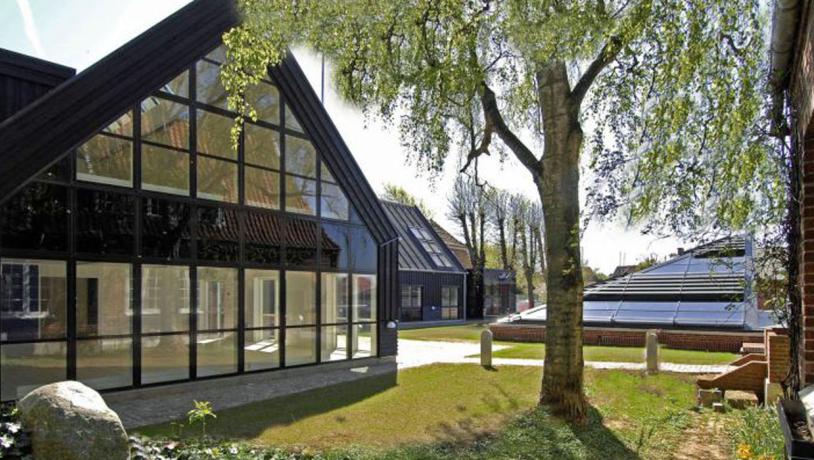