This location tells the story of the enclosure and draining of a near-coast area to provide more agricultural land and the wide variety of interests that are involved. The area is a valuable nature area with Natura 2000 status and a possible future nature park. 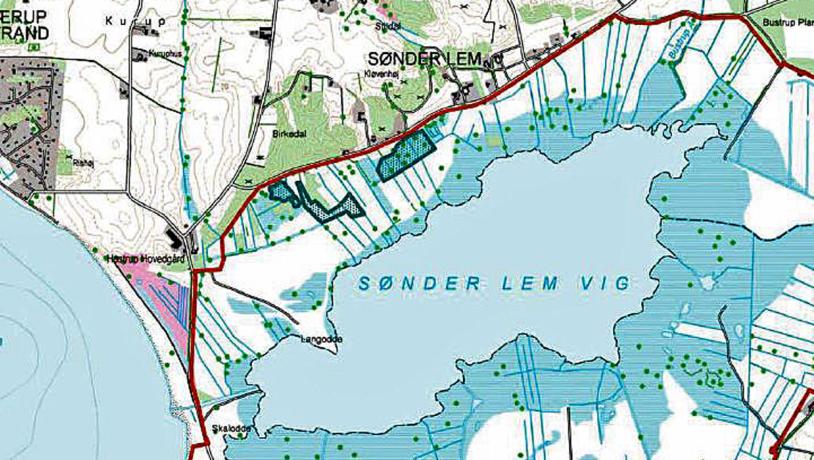 In 1876-77 a dam was built with a simple sluice to separate the shallow Sønderlem Vig bay from Venø Bugt. The dam provided a shorter route for traffic between north and south and also protected against flooding. South of Sønderlem Vig a summer dam was also constructed to protect the harvest on the meadows during the summer months. During World War I the economy of agriculture improved and permission was sought to drain the enclosed area. Royal permission was granted, but after the war the worsening economy meant that the project was not started. In 1940 the case was reopened and the state provided 2/3 of the finance required. Hedeselsket (The Heathland Society) designed a new project to dam the meadowlands around Sønderlem Vig and pump the water out into the bay so that corn could be grown in the drained areas. This led to major protests from fishing organisations as well as from nature and hunting organizations. When the project was put to the vote in 1944 is was the local people who said no. They did not think that the reclaimed land would be sufficiently fertile to justify the project – it contained too much sand.

The project was finally abandoned in 1945. In 1955 an application was made for permission and support to regulate the water level in the bay and new pumps were installed and put into use in 1960, despite considerable protest. At about the same time, an area of 92 ha in Geddal Strandenge (tidal meadows) was drained with the construction of ditches and water pumps to allow cultivation. This project was completed in about 1958. In the period up to 1990 there were, however, several storms that ruined part of the dam and led to flooding by the sea. This resulted in a “return to nature” project and 140 ha of Geddal Strandenge was purchased by the state. The pumps were removed and posters communicating facts of the local nature have been erected. The area and its various projects bear witness to the way in which economic development and political interests have interplayed in the evolution of a large area with both nature and agriculture interests. 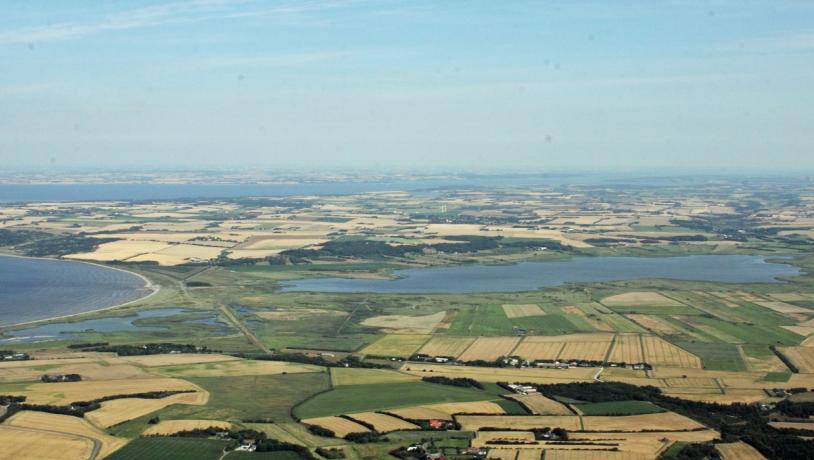 The Natura 2000 area is located partly in Holstebro municipality and the geopark and partly in Skive municipality. The nomination involves an area of 1.115 ha with a wide variety of types of nature: coastal lagoons, salt meadows, hard oligo-mesotrophic waters with benthic vegetation of Chara spp and alkaline fens. The area incudes 241 ha of open water. The Danish Nature Agency owns 118 ha of the area – primarily in Geddal Strandenge – while the rest is in private ownership. The presence of otters is a contributing factor to the nomination as a Natura 2000 area, and the otter population appears to be robust and stable. The area is maintained by grazing and the removal of unwanted vegetation. An application in being prepared to obtain funding from the EU LIFE programme to improve the natural conditions of the area. 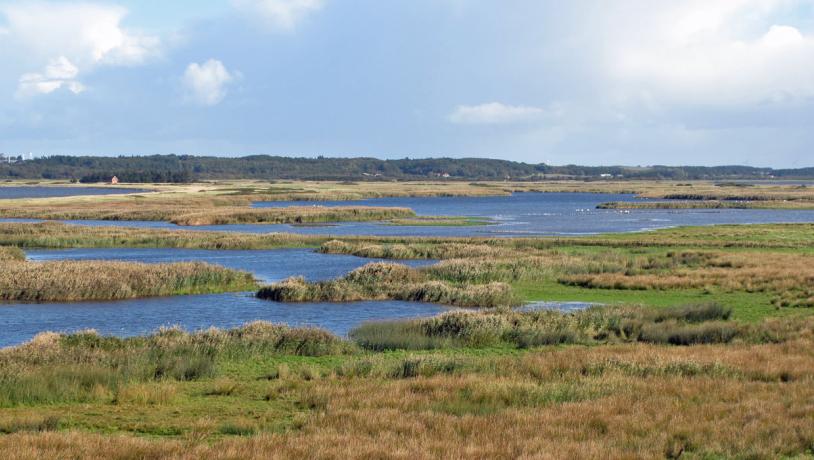 The Danish Nature Agency has established a parking place with informative posters and a small bird observatory tower. Ejsing Housing Society has established handicap-friendly routes for walking, cycling and riding. The system of paths is linked with that at Skansø (Non-geological site no. N42). The area is located on the national cycle route (no. 12, the Limfjord Route). An initiative has been started to establish a new nature park in the area that will include lake Flyndersø (Non-geological site no. N41), in cooperation with local landowners, Holstebro and Skive municipalities and the Danish Outdoor Council.

The area is also a geosite (nr. 30) in the geopark and is of considerable value as a destination for visitors where an interesting combination of stories related to geology, nature and cultural history can be communicated.