Sevel Kalkværk (Lime-works) is run by a group of volunteers and is one of the communication sites for the geopark. The story told is about the quarrying of limestone since 1873 until 1960 and the geological explanation for why the quarry exists. 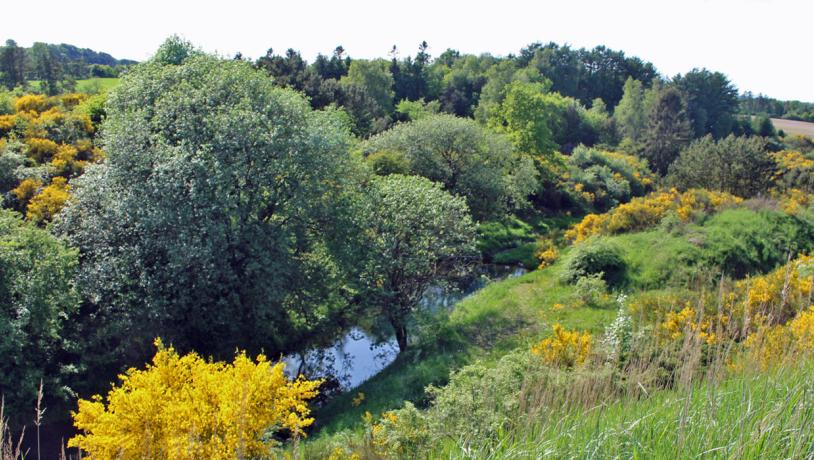 A layer of limestone was found near the surface at Søndemølle in Sevel Parish in 1873. A group of businessmen started an ambitious project to drain Flyndersø and Stubbergaard Sø lakes, purchase the property at Søndermølle and start quarrying and roasting limestone. This project failed and Søndermølle was sold. Limestone quarries were instead started on two other properties that were together called Sevel Lime-works; many local people were employed in the quarries. In 1891 the Jydske Kalkværker (Jutland Lime-works) purchased the rights to quarry limestone on the two properties to stop competition from several small independent companies. More limestone near the surface was, however, discovered further east in 1911 and Jens Nielsen became the owner of “Sevel Eastern Lime-works”. This developed into a large company that went from 10 employees in 1911 to 40 in the period to 1950. 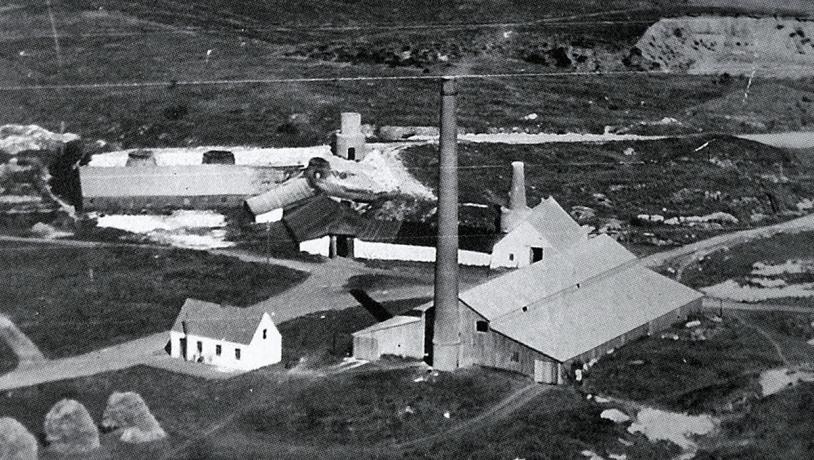 The Application of the Limestone

Work at the lime-works required many employees. The overburden of grass and soil down to a depth of about 63 cm had to be removed. The next layer, consisting of flint and porous chalk (called the Uhr-layer), was also removed and the chalk was sold to local farmers to add lime to their fields. The flint was separated and used as building material. Pieces of limestone excavated further down were transported in a horse-drawn tipping truck to the kiln. After roasting the product was used as mortar for building. Water was added to some of the roasted limestone, after which it was re-dried and used as hydrated lime to whitewash buildings. As the quarries got deeper they began to get filled with water and pumps had to be used to remove it. 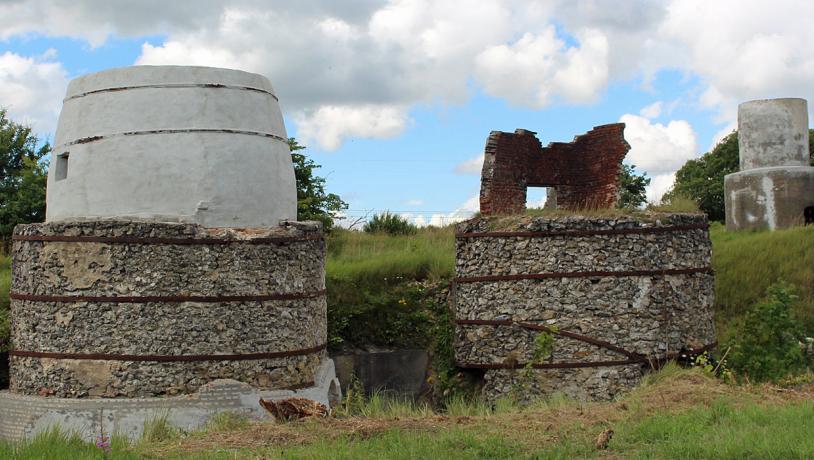 The Pot Kilns and the Poisounous Fumes

The first kilns were pot kilns that were replaced by more efficient continually roasting kilns in 1924. Towards the end of the 1930s a large Hoffmann kiln was built. The early kilns were heated using wood and peat. This was later supplemented by lignite (brown coal). The Hoffmann kiln was heated by true coal. Burning these materials produced poisonous and etching fumes and workers commonly suffered from nosebleed. Vinther Christensen took over Sevel Lime-works in 1960 and started to modernise the quarrying procedure. Workers had previously used picks, shovels and simple lifting equipment, but he introduced mechanical diggers. About a year later, however, operations came to an end. Since many people who did not live locally thought that Sevel Lime-works was close to Sevel town, the town name was changed to Bjergby in 1960. The name Bjergby is probably derived from “æ bjerebak” which is the name of a large hill in the vicinity. 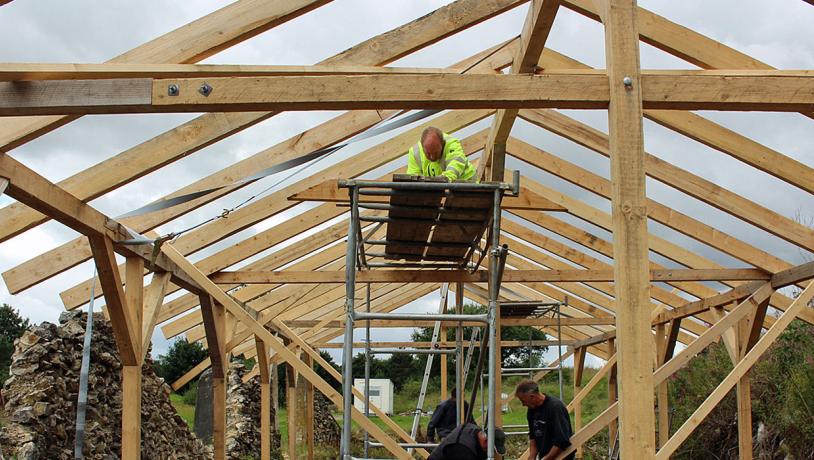 The Friends of Sevel Lime-works

The society “Friends of Sevel Lime-works” was established in September 2011 with the purpose of preserving, maintaining and displaying the lime-works to the public. The society has obtained finance to restore the old pot kilns and to establish informative posters. The Hoffmann kiln has been protected from the elements by the construction of a roof to prevent its deterioration. The society consists of volunteers. 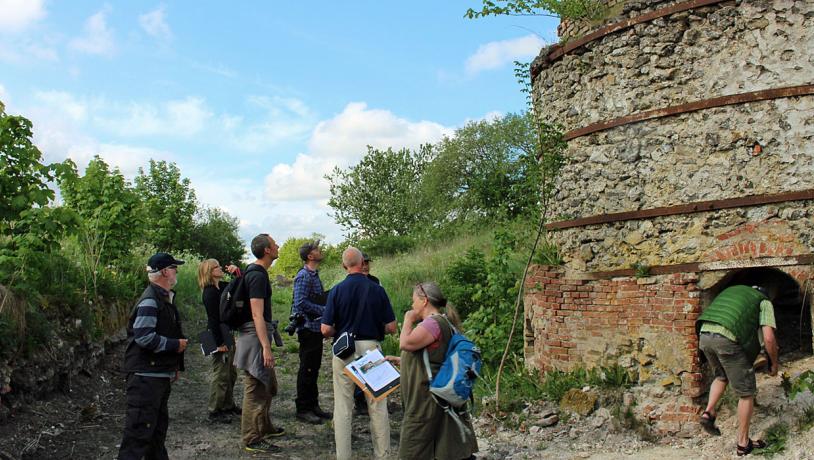 The Friends of Sevel Lime-works and Geopark West Jutland have entered an agreement and have, for example, communicated information in connection with “Geologiens Dage” (Geological Days). The location is an obvious site for the communication of relevant geological and cultural historical information.