Scant remains of the foundations of a large Cistercian monastery and an old water mill located between two watercourses of river Tvis Å.

Holstebro municipality is establishing a new Tvis Mølle Nature Laboratory for school children, citizens and guests on the site which will also serve as a geopark visitor centre. 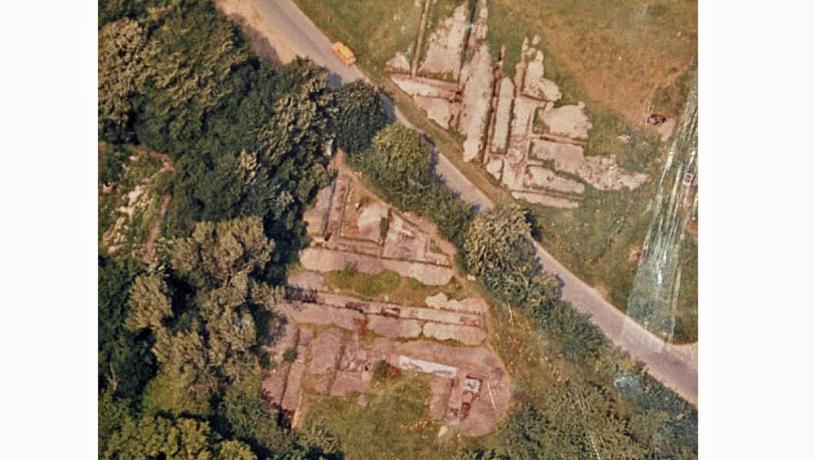 On March 24th 1163, Buris Henriksen, who was of royal blood, donated no less that four large pieces of land to Herridsvad monastery in Skåne (southern Sweden) in exchange for the construction of a monastery at “Tvisel”. This event was witnessed by the Danish king Valdemar I, two bishops, three Cistercian abbots and several noblemen. In the deed of gift the donation of the farm “Tvisel” is described as: “…… a farm called “Tvisel” that I have inherited from my father …. with all its buildings and adjoining land, consisting of fields, woods, common, lakes and streams with fish, mills, houses and cattle as well as the contents of the buildings …”. Buris Henriksen presented this gift to: “…. our Lord Jesus Christ and his dignified mother, who is deserving of great honour …...” in the hope that his soul would be saved and that he would receive eternal life in Heaven. In the Middle Ages it was not uncommon for wealthy people to donate property and valuables to monasteries and churches in the expectation of a place in Heaven when they passed away.

The monks that settled at Tvis gave the monastery the Latin name “Tuta Vallis” which means “the safe valley”. This was the official name of the monastery through the Middle Ages. It was normal practice for Cistercian monasteries to have Latin names that had a deeper meaning. The monastery at Tvis was located not far from where the tributary river Tvis Å  joins the main river Storå. Both of these watercourses have eroded deeply into the heather-covered moraine hills and their valleys are quite angular with steep sides. Just before flowing into river Storå and the waterpower lake, river Tvis Å divides into two branches that are separated by a small, flat “island” in the valley. It was important for monasteries of the Cistercian order to have isolated locations away from the outside world. This small “island” between steep valley sides and surrounded by watercourses was so well suited to the purpose that abbot Peder and his monks decided to settle here. 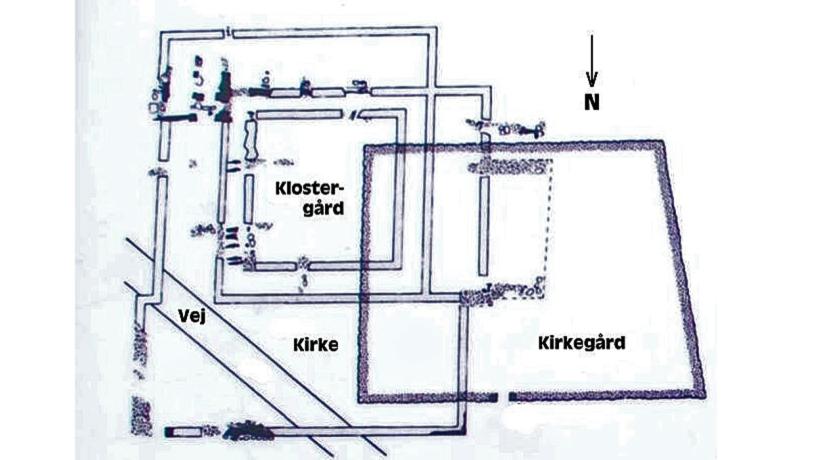 The Cistercians and the Water

The Cistercians were experts at exploiting the surrounding landscape. They were particularly adept at using the watercourses and lakes that they dammed and regulated, leading the water to where it was needed. There is no doubt that they regulated the flow of water here, and today river Tvis Å has a watermill. Excavations at Tvis monastery show that building followed the usual Cistercian principles. The Norman style was used for the first buildings but archaeological finds indicate that the Gothic style took over in the 1200s. The monastery was closed in the Reformation, but the church remained until 1698. The surrounding buildings also gradually decayed and building material from them was used for new buildings in the neighbourhood. The present watermill is a copy of the mill from the 1700s, but we do not know how many times the mill has been rebuilt. There is a display in the mill with information about the monastery, church and mill at Tvis. 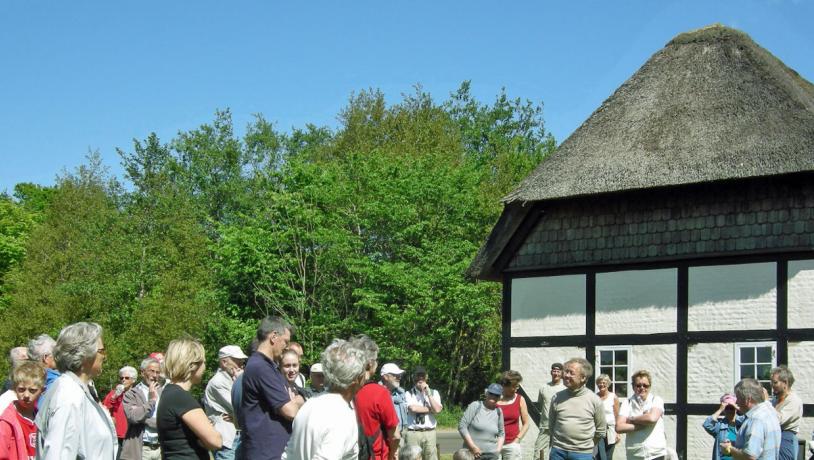 Relationships to the Aspiring Geopark

Holstebro Municipality owns the nearby fish farm and is in the process of modifying it to become the Tvis Mill Nature Laboratory. This will be a visitor and activity centre only 3 km from the centre of Holstebro. The surroundings will provide the opportunity for experiences in four different categories: nature, technology, culture and health. Information about the geopark will also be communicated here.