Hygum Hill is really a former water tower in an area that contains 36 barrows and remains of German fortifications from Wold War II. There is a fine view of the landscape and the site has excellent opportunities for information on where we get our water from.

The Water Tower, Barrows and Fortifications

Hygum Hill covers an area of about 1 km2 that contains 36 barrows from the New Stone Age to the beginning of the Bronze Age. The highest reaches 57 m above sea level. Hygum was also the name of the local parish and means “the settlement by the barrows”. The oldest of the burial mounds south of Hygum Hill used to function as a beacon where a fire could warn of potential danger. There is a superb view over the landscape towards the North Sea, Harboøre Tange (isthmus) and Nissum Bredning. 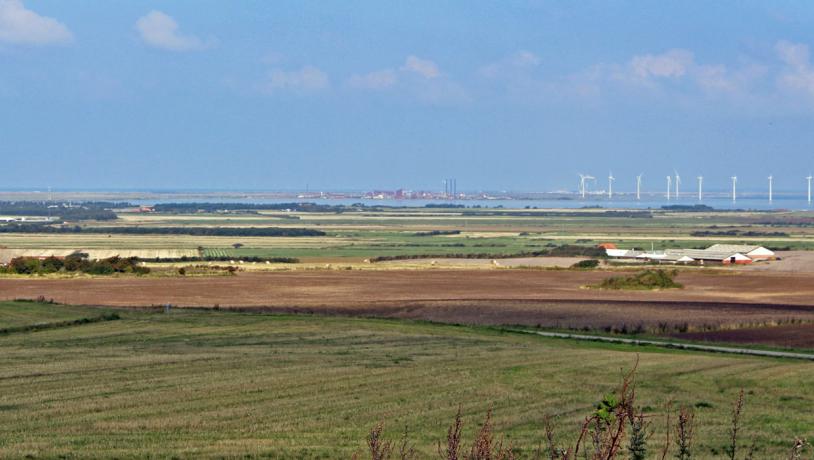 Cultural Historical and Geological Highlights in the Surrounding Landscape

The view provides a good opportunity to present relevant cultural historical and geological highlights in the surrounding landscape, including the Littorina coastal cliff and the earlier link between Limfjord and the North Sea via Veserne and Ferring Sø. A milestone from about 1700 at the foot of the hill bears witness to the fact that the old road from Lemvig to Thisted passed east of Nisssum Bredning until the sea broke through the former isthmus joining Agger Tange and Harboøre Tange in 1825. This road existed in the 16th and 17thcenturies and may be even older. Hygum Hill is partly manmade and has functioned as a natural-looking “water tower” for the Thyborøn and Harboøre area until 2010. A new underground reservoir has recently been established about 200 m north of Hygum Hill. 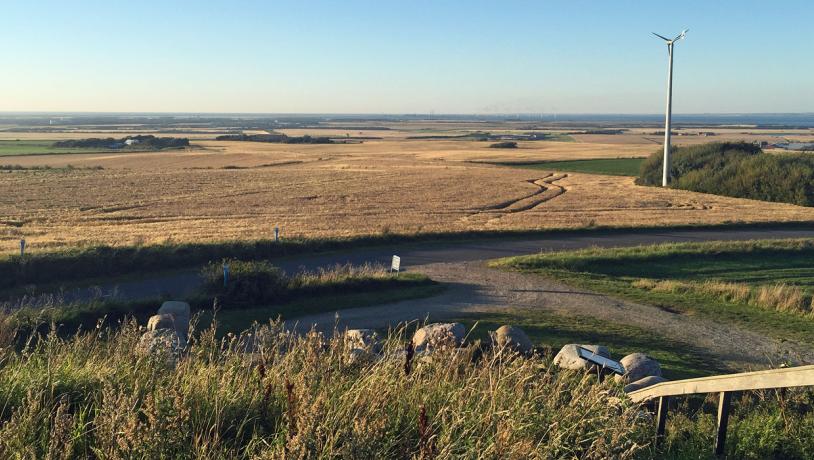 During World War II the German forces referred to this area as ”Höhe 57”. It was strongly fortified with bunkers, minefields and a tank trap. The occupying forces intended to use the burial mounds as shelters and as camouflage for the fortifications, but a local landowner managed to persuade them from carrying out this plan. Some of the bunkers were, however built into the burial mounds and above ploughed barrows and very close to the preserved mounds. 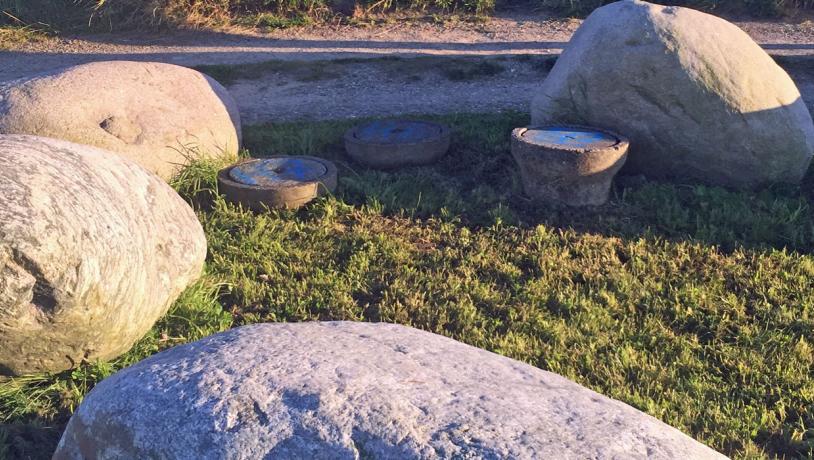 Hygum Hill and the adjacent area is owned by Lemvig Vand og Spildevand (Lemvig Water and Waste Water) and, together with the geopark, they are establishing information panels with information on relevant cultural history and water supply in the area.