Stråsø Plantation is located on part of Skovbjerg hill island. This is the largest hill island in Denmark and was not covered by glaciers during the last ice age.

At that time there was no vegetation here and the area was exposed to strong winds and windblown sand. Traces of this can still be found today. 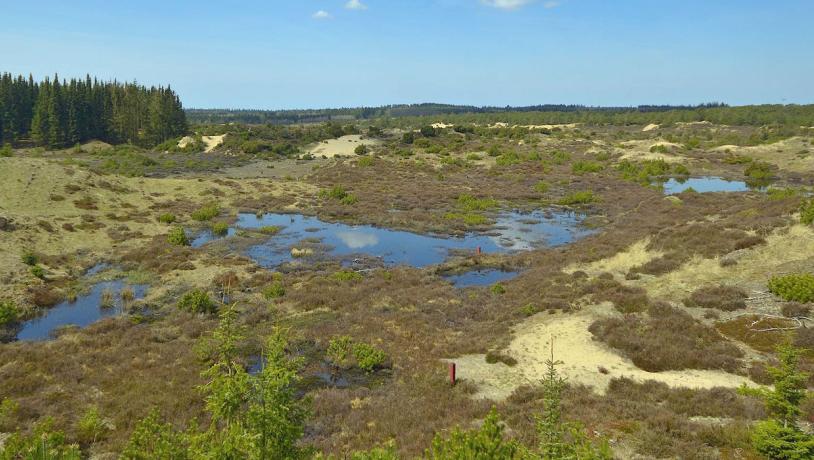 Plants started to invade the area about 14.000 years ago and woodland gradually spread over Denmark. Animals that arrived together with trees were hunted by the first people. Evidence of habitation during the Stone Age has been found just east of the plantation, and in the plantation itself there are several prehistoric burial mounds. Mankind cleared the woodland and cultivated the soil until it became exhausted, when they cleared more trees. Woodland gradually disappeared and heathland spread. Stråsø Plantation still has areas of oak scrub that are believed to be remains of the original wood. The heathland was also cultivated but the soil was quite infertile and a large area needed to be cultivated to provide an adequate harvest. Large areas of heathland and meadowlands along watercourses were used for grazing.

Heathlands reached their largest extent in the middle of the 1600s, and up until about 1800 heathland comprised about 40% of the total area of Jutland. By 1950 the amount of heathland in Jutland was reduced to about 8%. This development led to the preservation of some large areas of heathland. Preservation alone was, however, inadequate because without maintenance the heathlands gradually developed into woodlands. In 1891 the Danish state purchased the Stråsøgaard farmland in order to plant trees to reduce the effect of windblown sand and to produce timber for the region. This farm has given its name to the entire plantation that gradually expanded as the state purchased new areas right up to 1940-42. Part of the plantation, however, remains as heathland that is regularly maintained with, for example, controlled burning. In the period 2011-15 a special effort was made to preserve the Stråsø Plantation heathlands as part of an EU-Life project.  Stråsø Plantation has an extensive population of wildlife including red deer, northern crested newts, otters, kingfishers, shrikes, nightjars, as well as occasional ospreys and white-tailed eagles. 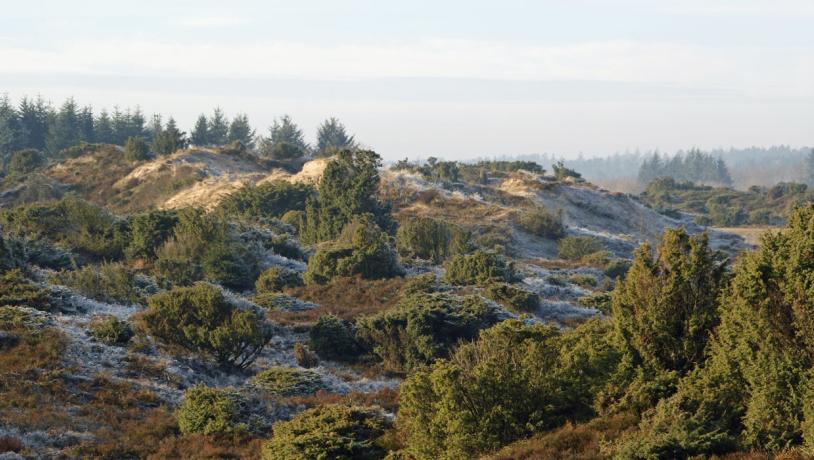 The Natura2000 area comprises a total of 2.214 ha. The state owns 62% of this. The Nørre and Sønder Vosborg heathlands and the strip along river Idom Å are located in Geopark West Jutland. The main value of this natural area is related to both wet and dry heaths, inland sand dunes, mulberry and oak scrubland and the strip along river Idom Å that is one of the cleanest and most undisturbed watercourses in Denmark. The area is maintained by the Danish Nature Agency and Holstebro municipality aided by local landowners who clear new trees, cut grass, carry out controlled burning and ensure that the area is grazed.

The Nature Agency is a major landowner and a very important partner in the development of the geopark. The local head forester has been a member of the Steering Group for the geopark from the beginning. Stråsø Plantation and many of the other areas owned by the Nature Agency have recreational routes and facilities and offers both guided and unguided outdoor experiences.