During World War II the Germans build an airfield for fighter planes with hangars, a hospital and bunkers on the outwash plain just south of Lemvig.

After the war the airfield was used as a refugee camp for up to 9,000 refugees from Eastern Prussia. The site is part of the story of World War II in the geopark. 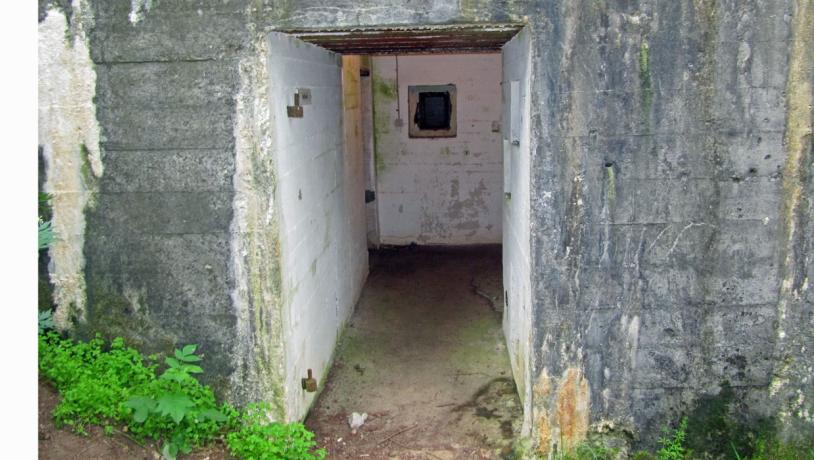 The History of the Airfield

A few days after Denmark was occupied by German forces in April 1940, the local authorities were informed that an airfield covering about 600 ha was to be established south of Rom church. Work started in the same year using material from Germany, and the airfield began to take shape in 1941. The construction involved two huge grass landing strips, many concrete strips, firing ranges, barracks, garages, 24 camouflaged hangars hidden behind high earth ramparts, ammunition and fuel depots, anti air guns etc. A total of 43 concrete bunkers were built in 1943-44. The airfield only functioned as a reserve site since a larger airfield was built at Grove in 1942; this is now known at Karup Airport. There were probably about 250 Luftwaffe staff stationed at the Rom airfield. In the period from 1943-45 the airfield was primarily used as a reserve and transit landing site.

The airfield usually had three planes on alert. On a few occasions there were several Messerschmitt fighters (types Bf-109 single engine and Bf-110 two engine) stationed here.  Sometimes there were also several Fieseler Storch reconnaissance planes. In February 1942 there were more than 30 two-engine Bf-110 Messerschmitt fighters stationed at Rom. Under the command of Wolfgang Falck (Jagdfliger-Abschnittsführer for Skagerrak) these fighters provided assistance to the pocket battleship Admiral von Scheer and the cruiser Prinz Eugen when they were underway from Wilhelmshaven to Norway. After the war the area was used as a refugee camp. Rom I covered an area of about 50 ha and Rom II about 22 ha. In the summer of 1946 there were almost 9.000 refugees in the two camps at Rom. Most of them were women, children and old men from Eastern Prussia. By way of comparison, at this time there were about 4.000 inhabitants in the town of Lemvig. 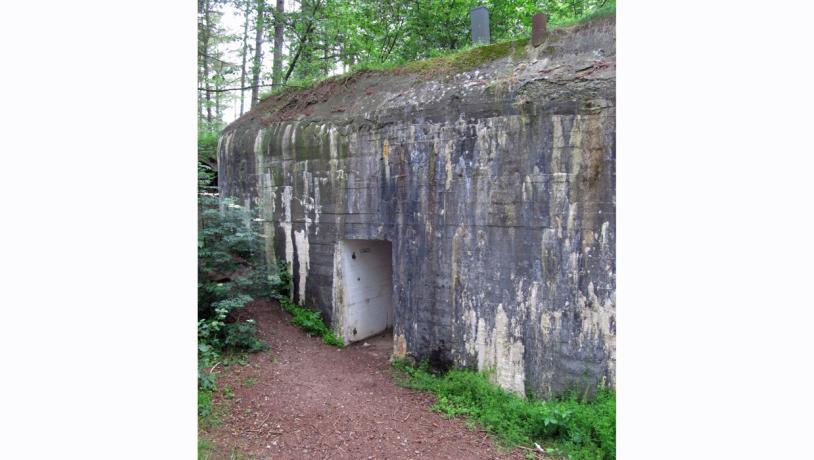 Concrete strips, machine gun bunkers and residential bunkers can still be seen in the area. The hospital bunker is located a few 100 m west of the original airfield. This was built in 1943-44 and was the largest bunker with 21 rooms on two stories. The hospital was only intended to be used in connection with fighting and was consequently never put into action. Today it is lit and contains an exhibition of the airfield during and just after the war.

Rom Airfield and the Aspiring Geopark

The airfield and the refugee camp tell some of the story of World War II in the geopark. The Danish Nature Agency, in cooperation with a group of volunteers, has produced a brochure about the area and there is an exhibition in one of the earlier hospital bunkers.