Klosterheden is the common name for both Klosterheden and Kronheden Plantations with a total area of 6.400 ha making it the third largest woodland area in Denmark.

The area is rich in ancient monuments and contributes to the story of the succession of plants from the end of the last ice age until today. It also provides insights into the development of local fauna including the site where beavers have been reintroduced to Denmark. 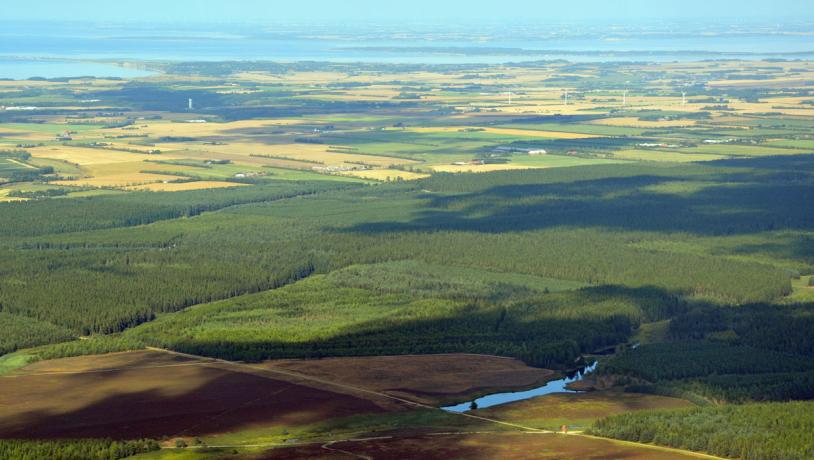 Klosterheden is located on the outwash plain just south of the Main Stationary Line (see Geosite no. 20). Traces of the meltwater channels are still very visible features in the landscape. Around 11.700 years ago plants started covering the land, mostly low plants and shrubs which gradually gave way to trees. Man also moved into the area, first as hunter-gatherers. They hunted species such as aurochs, elks, wild horses, roe and red deer, and Klosterheden is still home to a population of more than 400 red deer. From around 4.000 B.C. the first farming took place and the forests slowly gave way to fields. The land in front of the Main Stationary Line was suited for the relatively simple farm implements of the time, and the 50 burial mounds from the Bronze Age show that the area was clearly inhabited at the time. As a result of the farming the soil became depleted and vast areas of heathlands covered the land. 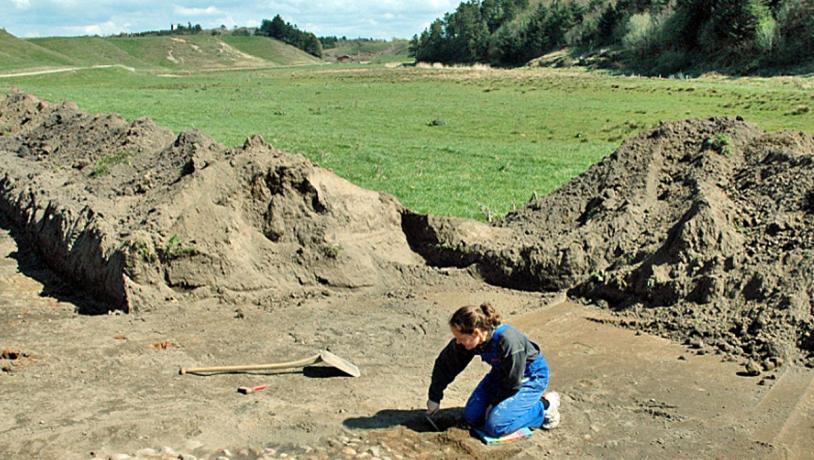 Ownership of the Land

In Medieval times the land belonged to the Crown and Gudum Cloister - hence the local place names Kronheden and Klosterheden (Kron = Crown and Kloster = Cloister) - but following the Reformation the state took possession of all the land. In the period towards the end of the 19th century the land was mostly used for extensive farming and grazing, but from 1874 onwards an afforestation programme run by the state took place. In 1896 a total of 6.173 ha had been planted and populations of roe and red deer increased, and many other species also moved in. Heathland became an endangered habitat type in Denmark and in the 1960s only 250 ha remained in Klosterheden. But on June 17th 1968 a major fire broke out and a new area of heathland of approximately 250 ha was created.

Natura2000 site no. 224 - Flynder Å and Heathlands in Klosterheden Plantation

The Natura2000 site comprises a total of 563 ha of which 82% is owned by the government in the central part of Klosterheden. The Natura2000 site selection is based on the occurrence of 16 habitat types with dry heathland and watercourses being the most dominant. Otters and brook lamprey can also be found in the area and form part of the background for the site selection. The site is managed in cooperation between the Nature Agency, Lemvig Municipality and private land owners who clear unwanted vegetation, remove invasive species, ensure grazing and improve the hydrological conditions. 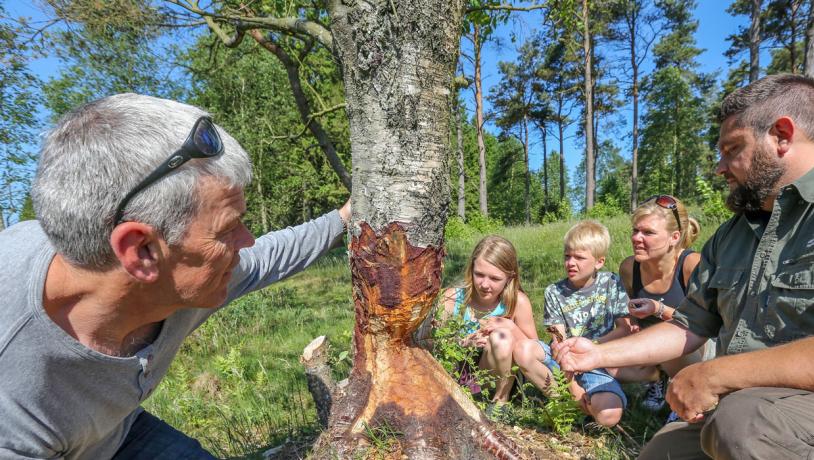 The beaver is a native species to Denmark but it was hunted to extinction in the Iron Age. This all changed in 1999 when 6 beaver families – a total of 18 animals – were released. In 2015 the population had grown to 213 individuals and the species has spread to a wider area. A main reason for reintroduction of the beaver is its ability to change the landscape and create more biodiversity. 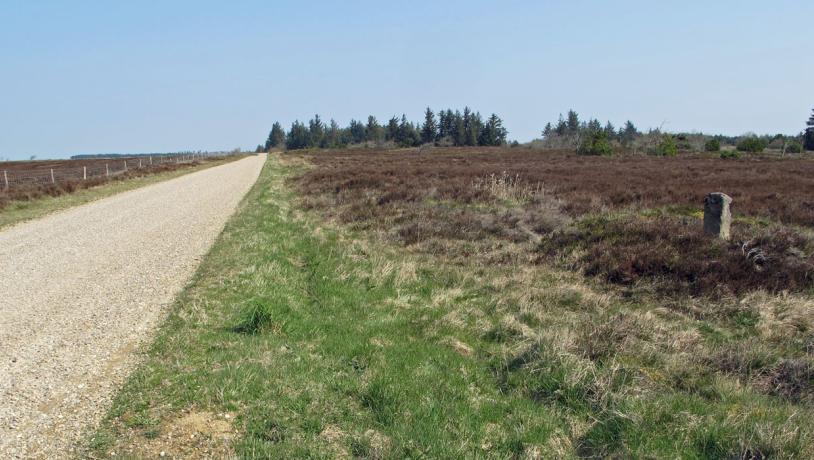 A speciel feature of Klosterheden is the presence of old milestones along the central road of the plantation known as Gammel Landevej (translated: The Old Highway). The road was probably built during the wars in the 1600s when German and Swedish troops used it for transport. In the period from 1691 to 1697 Ole Rømer, a Danish scientist known for, amongst other things, being the first to measure the speed of light, was assigned to measure the road system of Denmark. For this purpose he invented a special distance-measuring cart – a hodometer - and milestones were erected for every quarter of a Danish mile.

The Nature Agency and thus the Ministry of Environment is a major land owner and a very important partner in the development of the geopark. The local head forester has been a member of the Steering Group for the geopark from the beginning. Klosterheden Plantation, and many of the other areas owned by the Nature Agency, have recreational routes and facilities and offer both guided and unguided outdoor experiences. Some of the more popular guided tours are beaver and red deer safaris (Fig N19-3).