The Holy Spring St. Mauritius on the beach at Serup dates back to the Middle Ages. The name comes from a Roman legionary who became a saint.

The spring that trickles out at the foot of the cliff has a beautiful location on the edge of Limfjord with views to, for example, Oddesund, Grisetåodde and Venø. The spring was rediscovered in 1716 by Johanne Christensdatter from Serup. One night she dreamt that if she bathed her diseased feet in the water they would be healed. She was carried to the spring, apparently for 8 days in a row, after which she was able to walk again.

Who was St. Mauritius and Was He Coloured?

One version of the legend about St. Mauritius is as follows: He was a Christian Roman soldier who followed orders as long as his conscience would allow, but no further. Mauritius and the Theban legion of 6666 men were martyred because of their faith by emperor Diocletian during the persecution of Christians by his followers. The story behind this is that the emperor demanded that they should worship heathen gods. When Mauritius and his Christian compatriots refused, another Roman legion was ordered to kill them. Paintings show St. Mauritius as a black man since the legend relates that he was a Moor from Thebes on the River Nile. 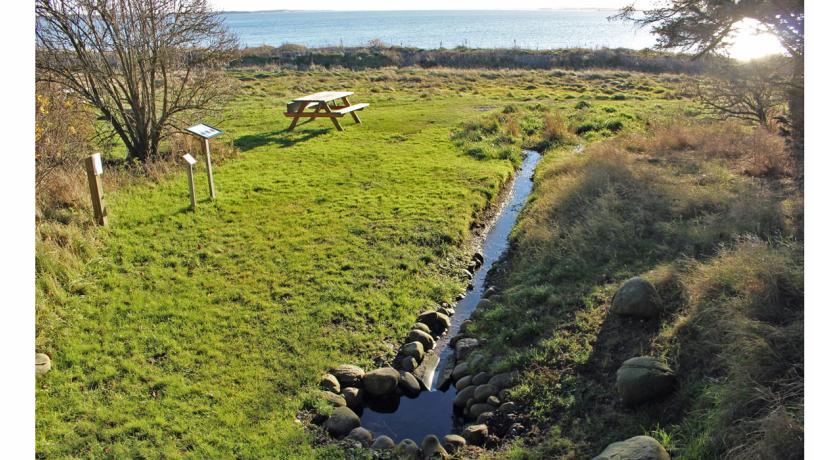 Pilgrims Came From Far Away

It was not only local people who visited the holy spring; pilgrims came from Norway. An explanation for this is probably that Nikolai Wilse (the son of a priest from Søndbjerg), who migrated to Norway where he became a priest, spread the word about the holy spring. Two local priests paid for a fence and a box in which visitors could place money in gratitude. The income went to the local parish school. 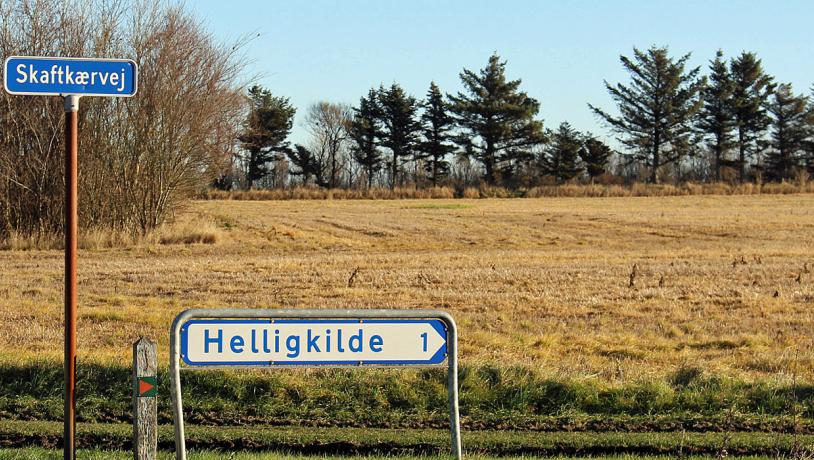 The Nearby Church at Odby is Also Dedicated to St. Mauritius

In gratitude for being healed from an old infirmity – some say blindness - by the holy spring, a lady major Kraft from Rostrup made donations to the church. These included a brass crown (that now hangs in the nave), an altar cloth and a chasuble, as well as giving 40 Rigsdaler to the school at Odby. 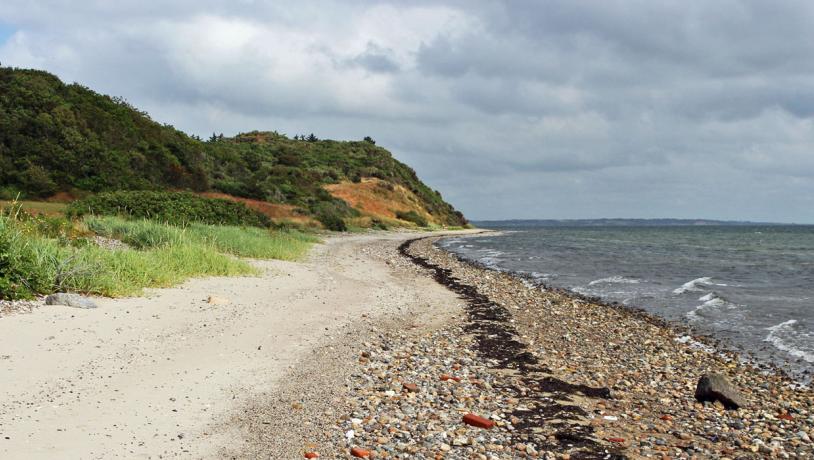 The spring was restored in 2010 in a careful and stylish fashion. Benches and tables were erected nearby from where the view and the silence can be enjoyed. This work took place in cooperation between Struer municipality and the Local History Society from Thyholm and Jegindø.

Struer Municipality and the Local History Society from Thyholm and Jegindø are both strongly involved in the geopark project. The former is a founding municipality for the geopark and the latter, together with Thyholm´s Local Museum at Søndbjerg, has entered into an agreement with the geopark concerning the role of volunteers. The Local Museum at Thyholm and Wilse´s garden at Søndbjerg are well worth a visit; these projects are managed by volunteers.