Holstebro was first mentioned in written sources in 1274 when it was a market place at a bridge over river Storå. Markets formed the economic base for the town.

It was in particular cattle and horse markets that attracted custom from a wide area. Through time several annual markets have developed. The “Middle Lent Market” from the Middle Ages was a horse and cattle market held in March. The St. Hans (Midsummer) Market in July was a flea market and St. Oluf´s Market at the end of the summer was another horse and cattle market. In 1769 there was a total of 11 annual markets and in they thrived in the early 1800s. By about 1850 the number had reduced to 6-8 annual events but especially the cattle and horse markets were known far and wide. The St. Hans Market attracted about 2000 visitors. In the 1400s Holstebro merchants traded with Lübeck, and up through the 1500s there was a successful export of steers to Germany and Holland. The steers were driven to Hamburg or to Hjerting near Ribe from where they were sailed to Holland. Animal skins and wool were exported in exchange for groceries. 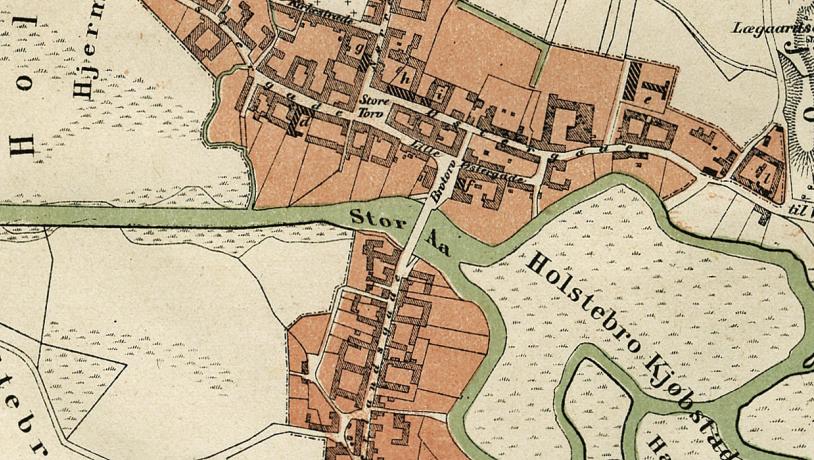 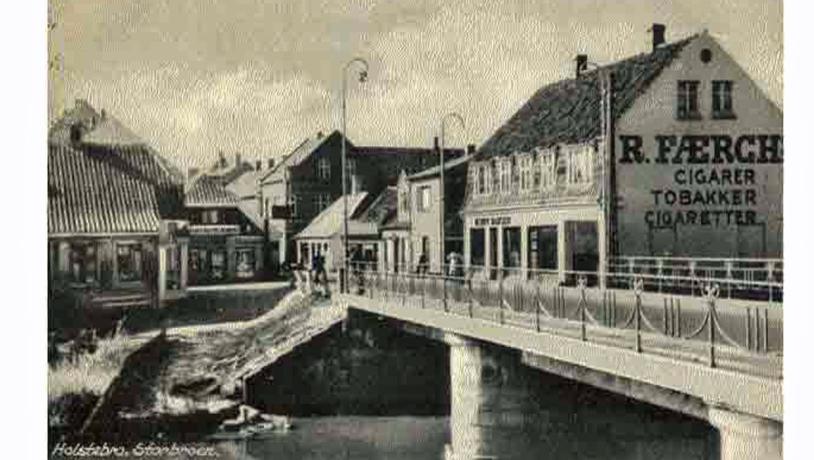 From the Middle Ages to Industrialisation

The town has had its ups and downs. Outside events, such as the European wars in the 1600s, have played a role, and several severe fires have taken place, particularly in the 1700s. A constant thorn in the side for traders in Holstebro was the absence of their own harbour. The harbours that they used on the west coast were controlled by Ringkøbing and Ribe. Holstebro did in fact have its own “harbour” with the right to load and unload cargo on the beach at Struer, but there was no actual harbour or town here, just a beach with a few houses and farms. Another problem was that Aalborg businessmen controlled all trade in Limfjord. This resulted in widespread illegal traffic and dealing.

Conditions at Struer improved in the early 1800s when Holstebro businessmen were granted the right to trade and could become established at a coastal location. When the isthmus at Agger was breached in 1825 it was possible to sail into the North Sea by a vastly shorter route and traders in Holsterbro purchased cargo ships that were based at Struer. Favourable conditions for trade meant that warehouses were built and shipping companies developed when the state built a harbour at Struer in 1856. This was followed by the arrival of the railway in 1865 that was a further great advantage to the trading possibilities. This is dealt with further under site N27 (Struer Market Town). Industrialisation of the area increased considerably when the railway system was extended from Struer to Holstebro in 1866. Many new factories developed in the late 1800s and at this time the population quadrupled. The dynamic growth into a modern town with thriving industrial, trading, educational and cultural activities fits into the centuries-long tradition of the town to adjust to the times. 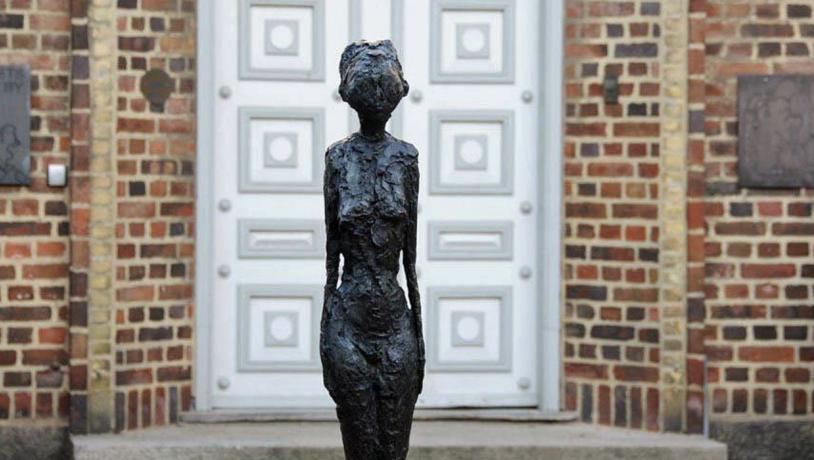 Today there are about 35.000 inhabitants in Holstebro. In addition to many large and smaller industrial concerns the town is a centre for education and has several nationally important cultural institutions. Holstebro Museum includes art and cultural history museums that shed light on the dynamic history of the town. Holstebro Museum is nationally recognised and is responsible for cultural heritage in the region. The staff includes archaeologists and cultural historians who carry out nationally recognised research. The Stranding Museum St. George and the Open Air Museum Hjerl Hede belong under Holstebro Museum. The museum cooperates with many local historical archives that are looked after by volunteers. 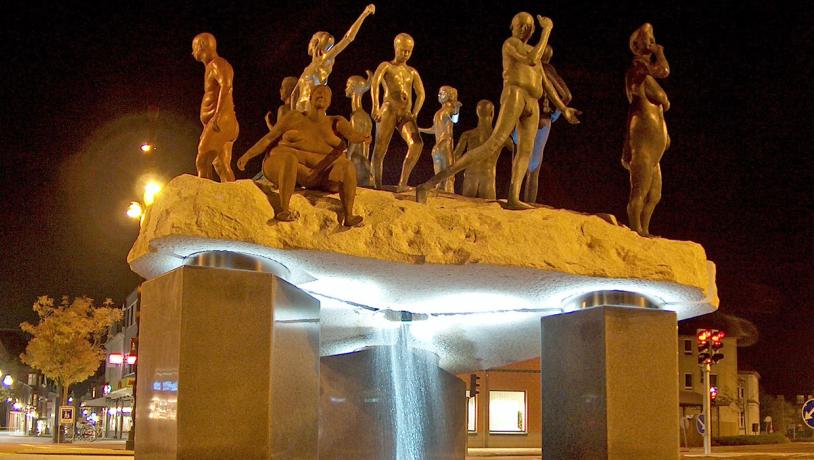 Geopark West Jutland cooperates with Holstebro Museum on cultural aspects within the area of the geopark. The museum has expressed an interest in investigating and describing the close link between geology and cultural history in the area.