N33 The Groynes at Bovbjerg

The steep cliffs at Bovbjerg and Ferring are a result of hundreds of years of coastal erosion. Groynes were built perpendicular to the coast in 1875 to reduce this erosion. 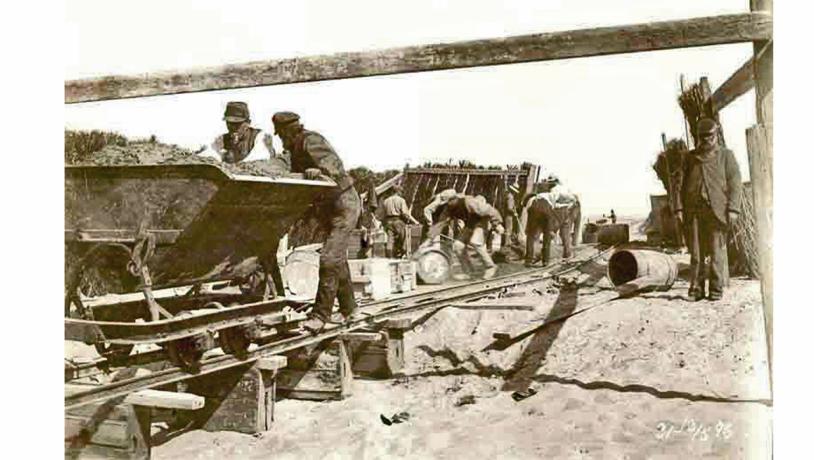 Working With the Groynes

Coastal erosion accelerated after a severe storm in 1825 breached the isthmus at Aggertange. This resulted in an increased northward flow of sediments towards the breach. Based on an initiative from the Bovbjerg lighthouse keeper C. F. Grove, it was decided to build a series of groynes. Groyne no. 1 was to be located by Bovbjerg lighthouse and the numbers were to increase northwards. The work to build the groynes proved to be difficult with the lifting and transport equipment available at the time. A concrete mixing site was built and a railway for tipping trucks was constructed from Ferring town to the lighthouse from where the concrete blocks were lowered to the beach.

At the car park near the church at Ferring there are still some red wooden houses that used to be occupied by workers involved in the project. The large concrete mixing site is located about 200 m to the south from where the blocks for construction of the groynes were made and transported by the tipping truck train. In 1909 the construction of groynes was extended south of the lighthouse. These were identified with letters and the most southerly one at Fjaltring church is groyne Q. To the north the last groyne (no. 63) is located just south of the canal at Thyborøn. Groynes continue, however, north of Agger. The Danish Coastal Authority, that has offices in Lemvig, is responsible for coastal defences here and along much of the Danish coast. 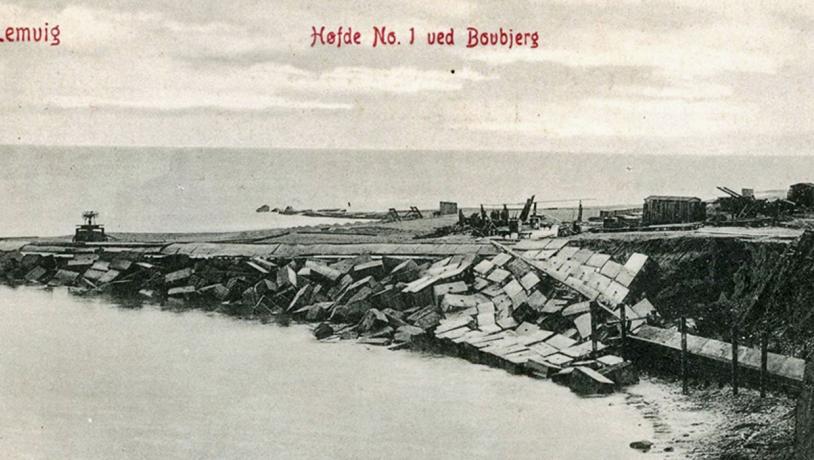 What are Groynes and How Do They Work?

The function of groynes is to trap migrating sand and thereby reduce coastal erosion. They are built normal to the coast which means that unhindered coast-parallel sediment transport by waves and local currents cannot take place. It is necessary that there is a supply of sedimentary material for the groynes to be effective. When the groynes have been established it is necessary to compensate for the loss of sediments. If groynes are regularly maintained and a good supply of sediment is provided by sand feeding, this is an effective method to reduce erosion on the down-current side of the coast. There are, however, several negative consequences associated with groynes and the construction of new ones is seldom recommended.

The Danish Coastal Authority has donated one of the small red wooden houses in Ferring town near the car park to Lemvig Museum with the intention of establishing a geological “mini-museum” to present, amongst other features, the unique Bovbjerg profile. State finance was provided in 2015 to asphalt the old tipping truck route from Ferring to Bovbjerg lighthouse so that the entire stretch to Trans church now has a firm surface. This stretch is part of the 6000 km long cycle route around the North Sea – “The North Sea Cycle Route”. It facilitates the possibility of experiencing the entire coastal section of Geopark West Jutland from Thyborøn in the north to Vedersø in the south. 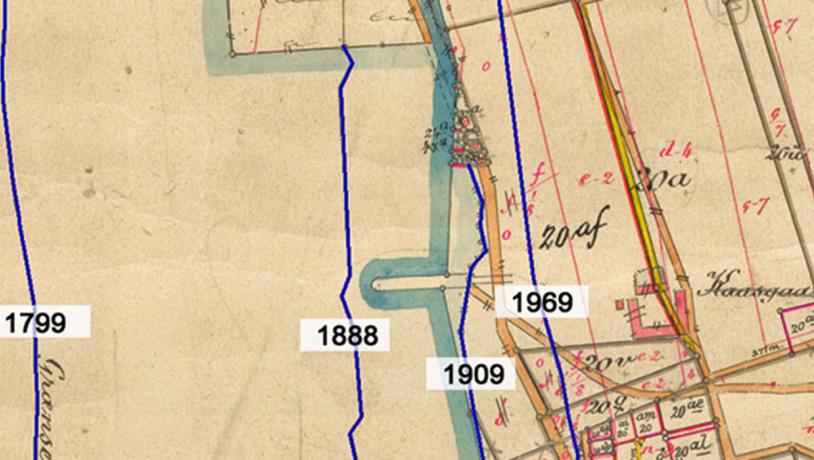 Relationships to the Aspiring Geopark

One of the disadvantages of groynes is that they do not completely stop coastal erosion. This is, however, an advantage for the geopark since it ensures that the key cliff profile at Bovbjerg is kept clean and does not become overgrown. The Danish Coastal Authority has been involved in the geopark process from the start and several of their geologists arrange trips during the annual “Geological Days” that are carried out in cooperation with Geopark West Jutland.