The underwater landscape along the west coast – the so-called ”Iron Coast” – has been closely connected with many dramatic shipwrecks through the years.

Part of the story concerns the efforts made to save the lives of the crews. Flyvholm Sea Rescue Station was the start of the National lifeboat service. 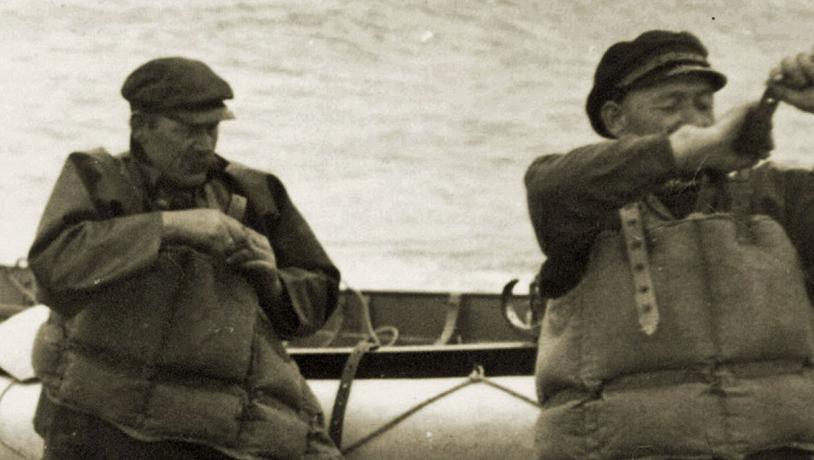 Establishment of the Sea Rescue Service

In 1847 the English ship Vertumnus stranded on the west coast near Harboøre. The sea rescue commissioner C. B. Claudi persuaded local fishermen to sail out and try to rescue the seamen and he joined them in their efforts. Unfortunately, they only managed to save a few of the crew. This inspired Claudi to establish a sea rescue service based on the English model. The first two sea rescue stations were taken into use already in 1847, one at Tuskær near Faltring and one at Flyvholm near Harboøre. Claudi created further interest in the sea rescue cause and in 1852 a National Sea Rescue service was established with Claudi himself in charge. He continued until 1869 when consul A. Andersen was appointed; he continued in this post for 40 years until 1909. During this entire period the main office was in Lemvig, but it has since been moved to Skagen and then to Copenhagen. 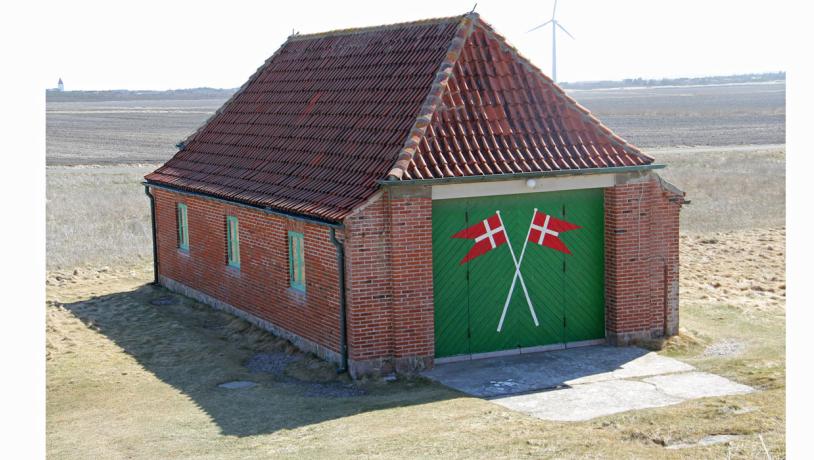 There was good use for Flyvholm Sea Rescue Station and the other stations along the ”Iron Coast”. The modest station building with two Danish flags on the green door is located just inside the sea wall between Langerhuse and Vrist. It is no longer in use, but inside you can see the old rowing lifeboat with the long oars and other rescue equipment. The boat was last used during an exercise in 1968. Rescuers based at Flyvholm saved the lives of more than 700 people, often at the risk of their own lives. The small local lifeboat stations are superfluous today with the improved methods of navigation and more powerful ship motors. 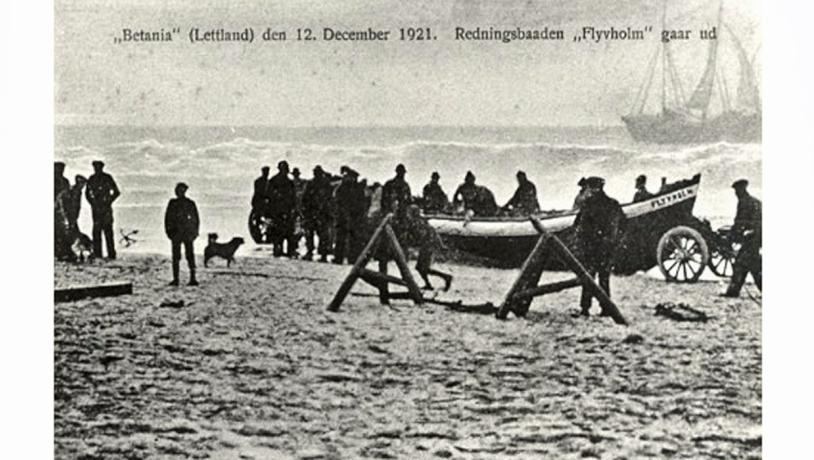 Shipwrecks have always featured along the west coast of Jutland and have therefore been part of life in the Lemvig area. In Dansk Lode (Danish Pilot) from 1866 there is a passage about the west coast: “This is an Iron Coast with no harbours or inlets to seek shelter, and ships should therefore avoid this stretch unless there is an off-shore wind”. The sea is very rough in stormy conditions.  Any ship that was forced close to the shore became wrecked by the surf in a very short period of time. Survival of passengers and crew depended on people ashore. Between 1850 and 1925 a total of 3.608 ships were stranded on the west coast of Denmark of which 2.111 were total wrecks.

Flyvholm Rescue Station is an important location for communication concerning both the rescue service and the “Iron Coast”. The App “Iron Coast” tells the story of stranding and is accessible along the coast between Thyborøn and Thorsminde. Key topics are the immense power of the sea and the mariners, fishermen and rescuers that have had to face the special conditions of currents and winds here. Shipwrecks are the main features presented at the Stranding Museum St. George at Thorsminde (N36) and at the Coastal Centre in Thyborøn (N28).