Bovbjerg Lighthouse has many functions 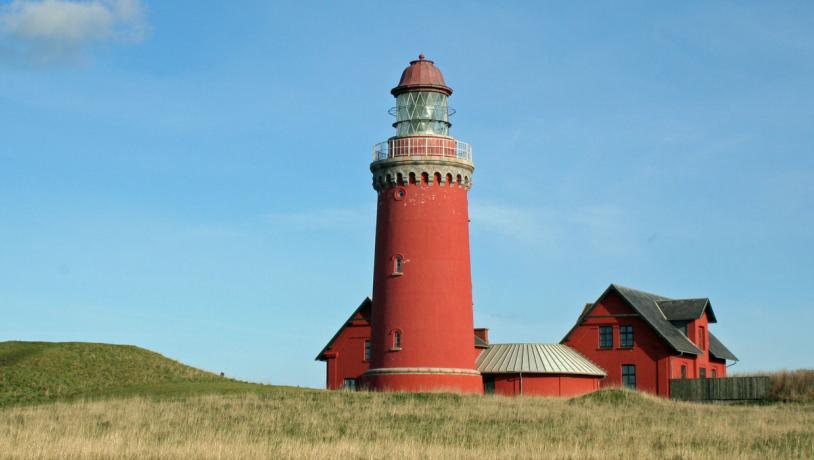 Bovbjerg Lighthouse has many functions. In addition to its role as an active lighthouse it is a cultural and exhibition centre as well as a cafeteria. It is run by a group of local enthusiastic volunteers under the watchful eye of a “Lighthouse Auntie”. It is located at the top of Bovbjerg cliff that is the most important geosite in Geopark West Jutland.

The lighthouse at Bovbjerg was built in 1877 as one of the first along the west coast. The lighthouse was to guide ships at a time when shipwrecks were particularly common. It was coloured red rather than white so that it would not be confused with the church towers at Ferring and Trans. The cliff at Bovbjerg is 41 m high and the top of the lighthouse is 26 m above this. The light itself is 62 m above sea level and the light from the present 300 W halogen lamps passing through the original Fresnel lens can be seen 16 nautical miles away in clear weather. The light shines at two 2.5 second-long intervals every 15 seconds. The light was automated in 1965 and the last lighthouse staff left in 2003. The lighthouse is still functional, but today only the upper part of the tower with the lantern and its machinery are owned by the Danish Maritime Authority. Lemvig municipality purchased the lighthouse in 2006 and handed it over to the Bovbjerg Lighthouse Foundation (Fonden Bovbjerg Fyr) who run it today with two full time employees, 130 volunteers and a support group with 600 members. 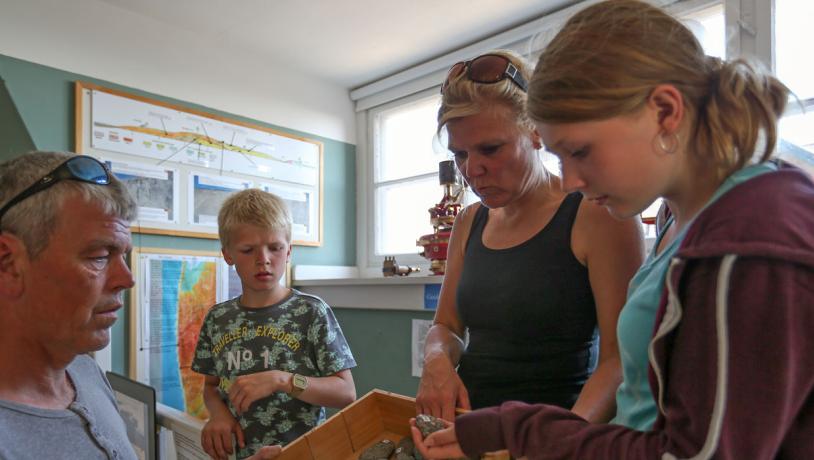 Bovbjerg lighthouse has a splendid exhibition of the earlier lighthouse keepers and life in the lighthouse, as well as information about some of the shipwrecks along this stretch of coast. There is also a small exhibition of the geology of Bovbjerg cliff. A ranger is associated with the lighthouse who, together with the volunteers (including a geologist), offers guided tours in the vicinity. The lighthouse has provided a brochure with information about the lighthouse itself and one that explains the local geology. Bovbjerg lighthouse is a centre for a wide variety of cultural activities. You can attend chamber music concerts and advanced theatrical performances, as well as encountering a spectrum of popular activities including art appreciation, music, dance and lectures. The lighthouse volunteers have an art committee that arranges a new art exhibition each month. Special activities for children, markets and running events also take place. Bovbjerg is one of the main attractions in the area and has more than 50.000 visitors each year. Many of them visit the lighthouse cafeteria that provides meals based on local produce. The lighthouse has a cooperative agreement with local producers who deliver material to the small lighthouse shop. 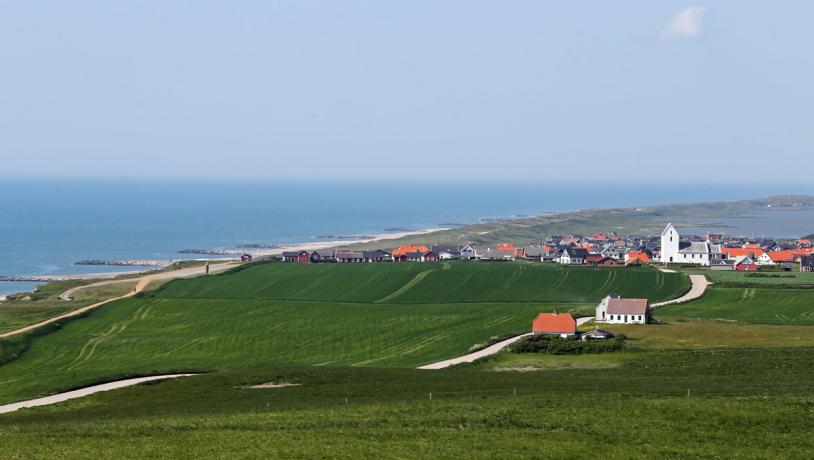 Bovbjerg Lighthouse Foundation and Geopark West Jutland have entered an agreement that includes courses for local volunteers, development of new experiences and communication of the geology etc. at the lighthouse and along the cliff.