The Beaver – A Natural Landscape Architect

In 1999 a group of 18 beavers were reintroduced to Klosterheden Plantation by the Nature Agency. With this initiative the species returned to Denmark after being eradicated approximately 800 years ago through intensive hunting and destruction of their habitats.

It was not only in Denmark that the beavers were pursued – it is estimated that the total European beaver population was down to about 700 individuals around 100 years ago.

Reintroduction of the beaver

In 1871 the species was declared eradicated in Sweden. Since then big efforts have been made to revitalize beaver populations through a change in management combined with reintroductions. For example in Sweden, where 80 Norwegian beavers were released in the period from 1922 to 1939, which has now led to a Swedish population of around 100.000 animals.

The 18 beavers released in Klosterheden came from Germany, and the population is closely monitored with annual counts in April conducted in cooperation with a high number of volunteer observers. Based on these counts it is estimated that the West Jutland beaver population has grown to more than 200 individuals, and they have spread to other river systems such as the Skjern Å. In 2009 to 2011 additional 23 beavers were reintroduced in North Zealand, and they are reported to be doing fine. 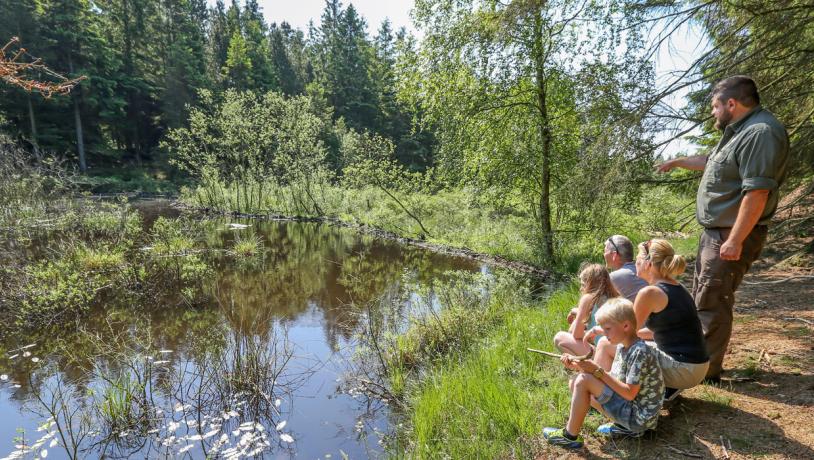 An adult beaver has a total body length of between 95 and 135 centimetres and weighs between 15 and 35 kilos. It fees entirely on plants. In wintertime bark from deciduous trees is often the only food source, while the menu in spring and summer is extended to include plant shoots, leaves and twigs as well as aquatic plants and herbs. 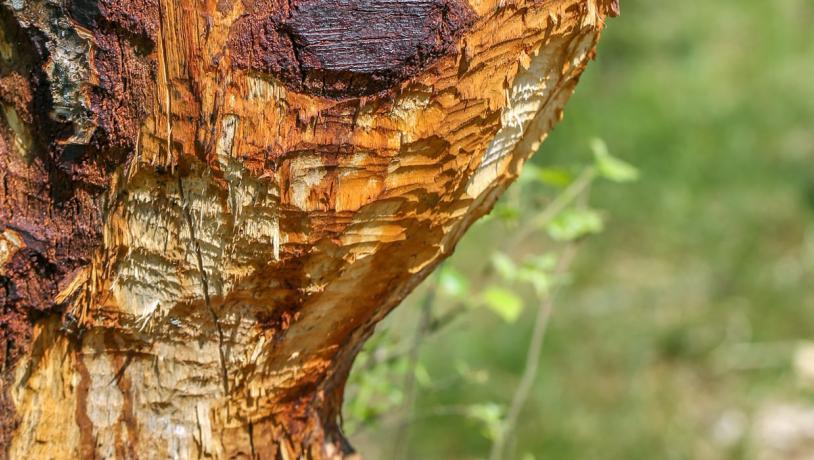 The background for the reintroduction of beavers to Denmark is that it is considered a key species contributing to new and more diverse nature by building dams, chopping down trees and thus creating new wetlands with dead wood and more light allowing regrowth of new trees. The beaver lodge is made from branches, twigs and mud on the brink of a lake or a water course or it can be a den dug into the bank. To prevent enemies from entering the lodge the beavers make sure that the entrance is below the water surface. If the water level drops the beavers build dams to be able to regulate the water level.