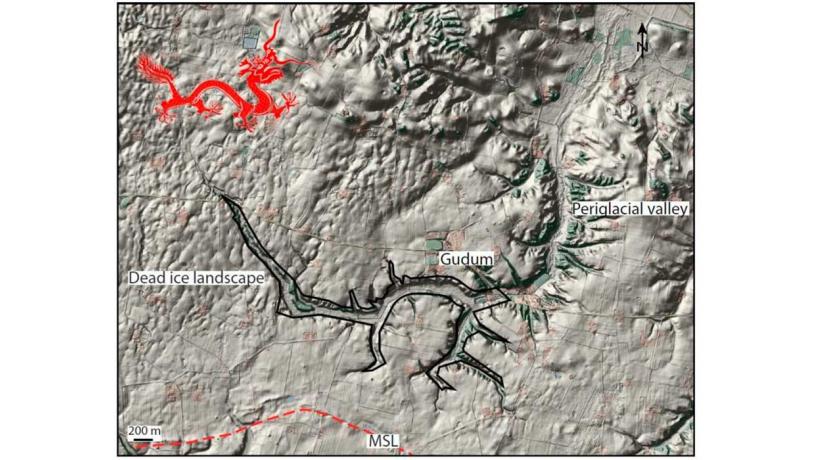 Figure 22-1: Map of Trælborg valley. The shape of the valley is remarkably similar to that of a Chinese dragon!Photo:Trælborgdalen-map

Trælborg valley lies centrally in the moraine landscape between Limfjord and Klosterhede outwash plain, and between the towns of Lemvig and Struer. The course of the Trælborg valley has been regulated. It cuts deeply into the surrounding landscape and there are many incised tributary valleys along most of its length. The valley winds through the moraine landscape with an overall east-west orientation in its central part. That part of the valley that extends to its source close to the farm Mellem Lind in the west trends broadly NW-SE. The lower stretches in the east from Gudum and pasing west of Kokholm and further to its outflow into Limfjord are quite low-lying and extend roughly north-south. River Klostermølle Å flows in this winding valley (Figure 22-1).

There are many valleys in the geopark whose origins are more or less understood. The precise mode of origin of the Trællborg valley, however, remains unclear but it is probably a periglacial valley. It was presumably formed after the ice receded from the MSL that is located about 1 km to the south. The barren landscape that was subjected to permafrost was very susceptible to erosion. Every spring the snow meltwater and rainwater would follow the same path northwards and erode down into the moraine landscape, thereby creating a large periglacial valley. 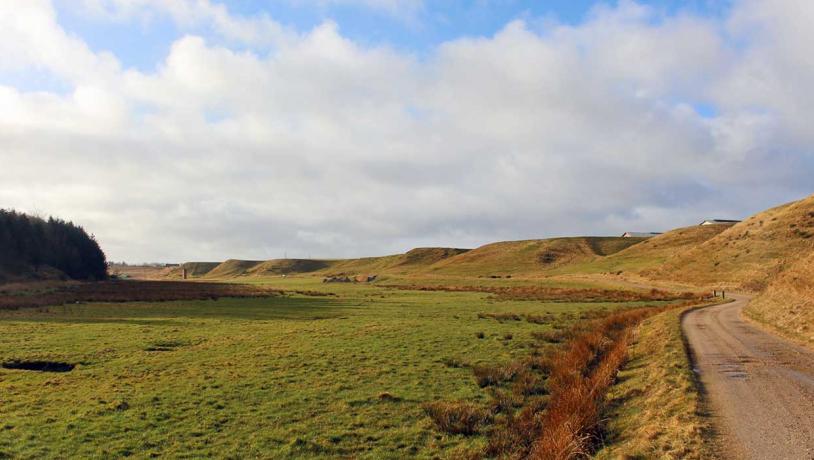 Some features characteristic of periglacial activity can be seen in the central section of the Trælborg valley that has an east-west orientation (Figure 22-2). The northern slopes (that face south) are less steep than the southern slopes (that face north). This is largely due to a greater amount of soil creep on the south-facing slopes. Another characteristic feature is that the watercourse lies on the shady side of the valley (at the foot of the north-facing slope). This is where river Klostermølle Å flows today. 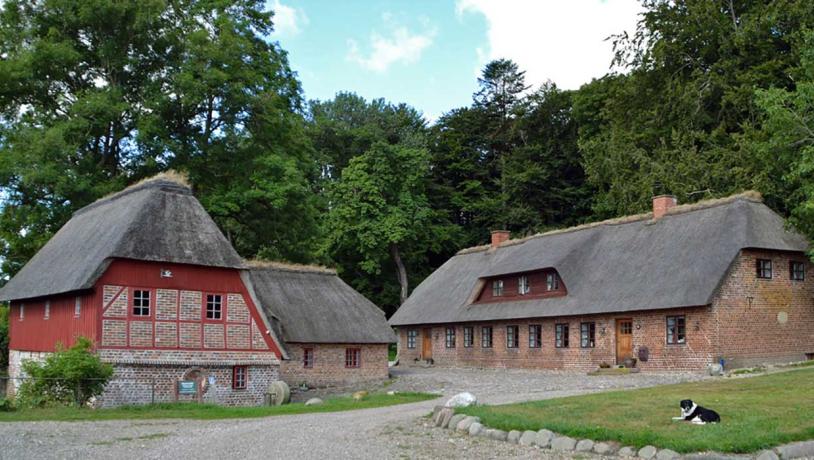 River Klostermølle Å and the valley, including its sloping sides, are protected by Nature Conservancy Law § 3 (protected types of nature). A sizeable area from Gudum down to Klostermølle has been named as a cultural heritage area. There are several sites of archaeological interest in the area, including three series of grassy banks. The valley and its slopes provide good grassland that may partly explain the presence of a Benedictine convent here in the Middle Ages. There is an extensive system of paths that provides recreational opportunities for local people and tourists.