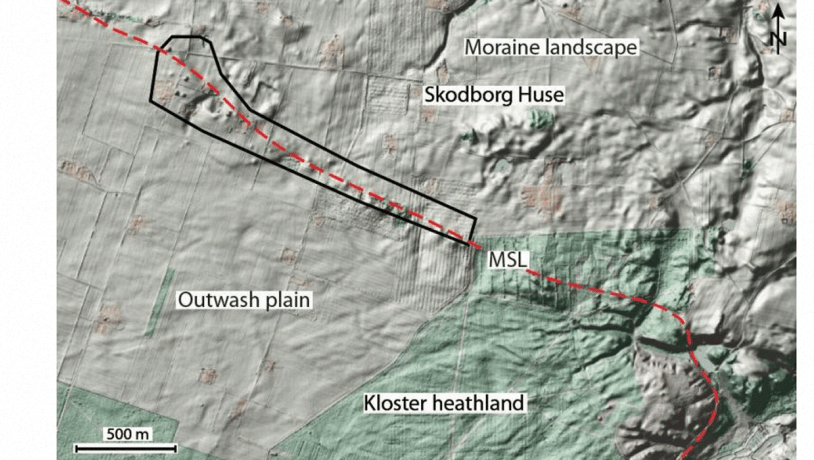 This locality comprises a roughly 800 m long stretch at Skodborg Huse west of Kilen (site 14) and just north of Klosterhede (site 20) (Figure 4-1). The Klosterhede road crosses the locality at Skodborg Huse. The MSL, that can be followed eastwards from the coastal profile at Bovbjerg (site 1), marks a sharp boundary between two distinct types of landscape. To the north is a hilly moraine landscape formed in connection with the Main Weichselian Advance 23.000-21.000 years ago. To the south the landscape is dominated by extensive outwash plains from the last ice age and by hill islands that are old moraine remnants from the Middle Weichselian or the Saalian. While the MSL separates two markedly different types of landscape, its detailed location is sometimes difficult to observe. In many cases there is a gradation from one type of landscape to the other with no clear topographic boundary. 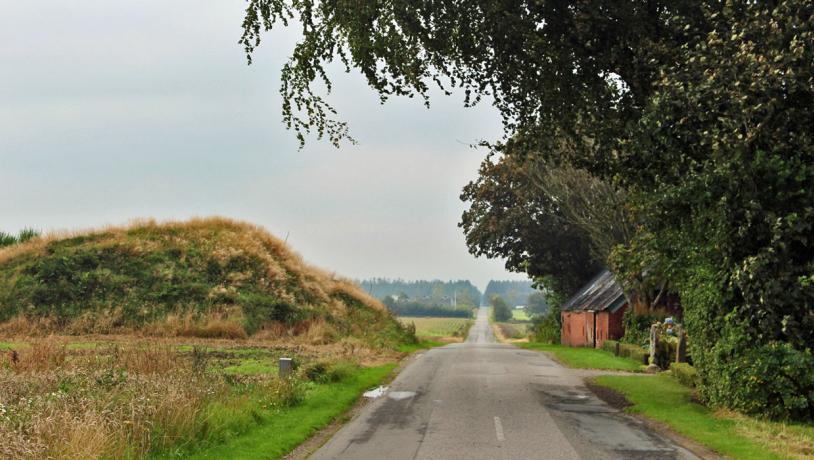 Just north of Klosterhede at Skodborg Huse, however, the MSL is recognized as a low ridge. The landscape rises over a distance of about 1 km to form a ridge. This ridge is a terminal moraine that extends WNW-ESE and separates the sandy outwash plain at Klosterhede (site 20) from the hilly moraine landscape to the north. The southern flank of this ridge slopes gradually down towards the outwash plain with a fall of about 10 m over a distance of 500 m, most steeply near the margin. The top of the ridge is emphasized by the presence of a series of barrows (Figure 4-2). The southern flank consists of meltwater sand. Just inside the southern margin of this flank there is a small area of clay that formed in a lake. Despite its gentle topographic expression, this locality clearly expresses the location of the MSL and the relationship between the terminal moraine and the two types of landscape on either side. 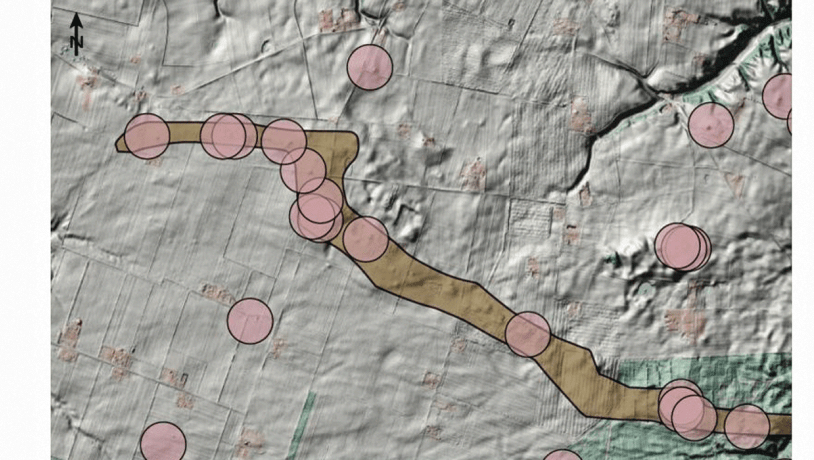 Figure 4-3: The Main Stationary Line can clearly be recognised near Skodborghuse where there is also a row of barrows.Photo:Geopark Vestjylland

The old road through the area has been nominated as a cultural heritage site. The terminal moraine area also has a high heritage value. The numerous barrows are clearly located on the highest parts of the landscape along the ridge. Along the top of the terminal moraine there are traces indicating the presence of an ancient thoroughfare. This location is probably due to the role of the ridge as a watershed so that it was possible to walk here without getting wet feet.