Breinholt Arch covers an area of about 2 x 2 km just south of Struer (Figure 9-1). That part of Limfjord called Venø Sound lies to the east. The area consists of a low ridge with a series of small hills in the east and a flat sandy landscape to the west. This site comprises part of the moraine landscape that makes up the majority of the northern part of the land area of the geopark. It was formed during a re-advance following the glacial advance responsible for the MSL and subsequent melting. 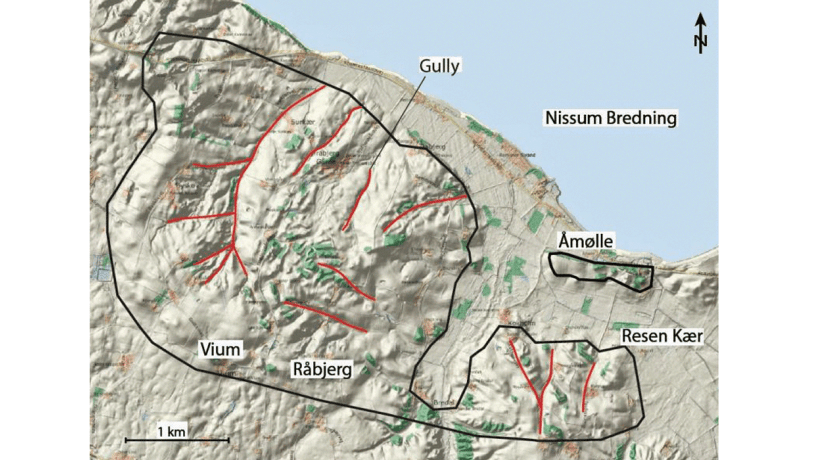 The curved low ridge of Breinholt Arch consists of a row of gently rounded hills. They reach heights of 46 m above sea level and the highest has a prehistoric barrow on the summit. These hills, that consist of clay-rich deposits, are generally orientated in a NW-SE direction. Towards the northeast the landscape slopes down evenly to the coast of Venø Sound. The northwestern flank is cut by a series of small valleys, some of which contain small streams. The terrain slopes down quite steeply to the southwest to about 25 m above sea level where there is a plain consisting of meltwater sand that slopes gently away from the hilly area. 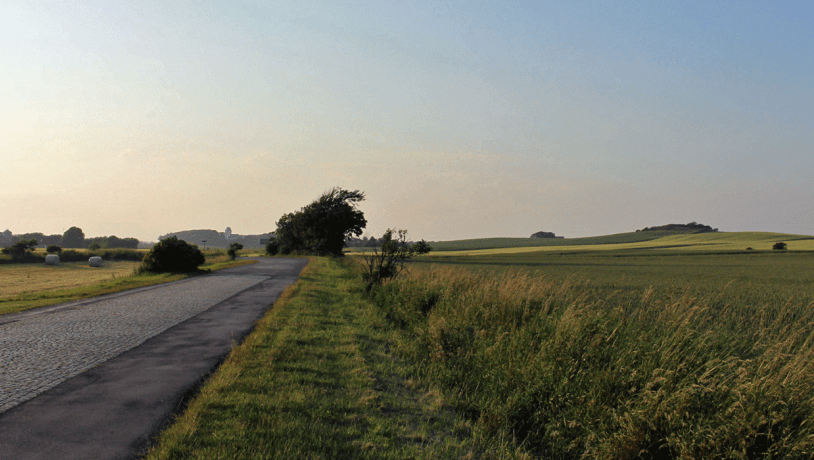 In addition to the unquestionable aesthetic quality of the landscape down to the coast, this site has excellent educational values because of its small size and its relationship to the sandy outwash plain. This plain stands out in the landscape because of its flat topography and sandy nature. It is located adjacent to a depression in the moraine ridge that may be a result of the outflow of meltwater. Towards Venø Bay there is a prehistoric coastal cliff and a small area with postglacial deposits. A small cliff profile in the extreme northern part of the site exposes a massive, grey, stony till that is overlain by meltwater sand. The area is protected under Nature Conservancy Law § 3 (protected types of nature) and the coastal protection zone. An area around Humlum church and the prehistoric barrows are conserved.