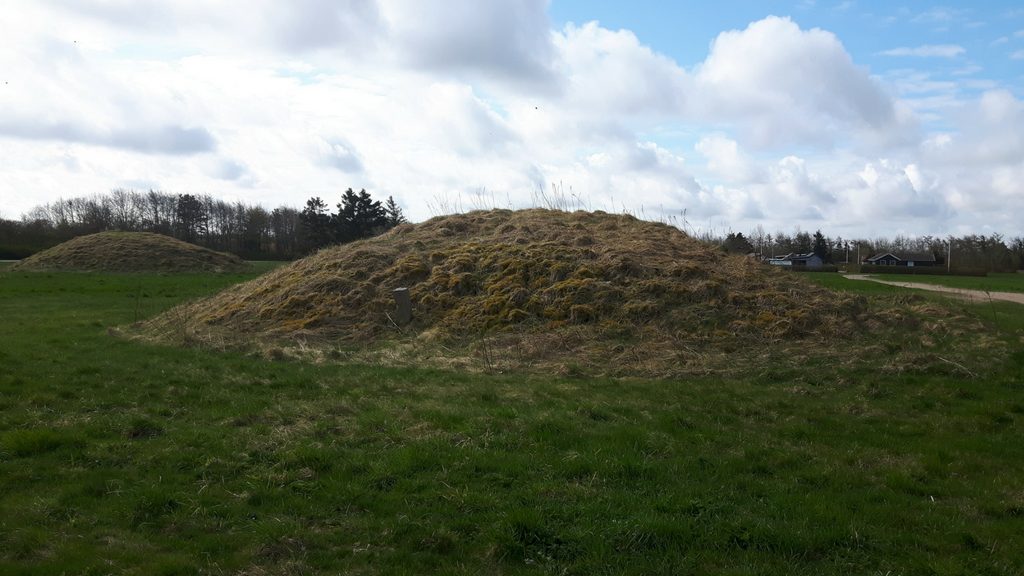 The cluster of mounds northwest of Holstebro consists of 25 protected and 10 partially levelled mounds from the Stone and Bronze Ages. Tventy-three mounds were already protected in 1885. The 25 mounds show great internal variation. Bredhøj is an imposing flat mound with a diameter of 50 m. The name refers to its totally flat top, in contrast to most prehistoric mounds. In addition there are three long mounds, the longest of which is 122 m. One of the three is called by a girl's name, Long Mette, in dialect Langmæt. Finally, there are two sets of twin mounds. The other mounds are well-preserved round mounds.

The Døeshøjene are part of a long cluster of mounds named the ‘Oldtidsvejen’,  which forms a corridor stretching from the North Sea to Viborg, a distance of nearly 110 kilometres. Today the cluster of mounds consists of some 560 protected grave mounds and some 1300 ploughed-over mounds. Most of the mounds were constructed during the late Bronze Age (1700–1100 BC). The mounds along the Oldtidsvejen form one of the most prominent landscape elements in Denmark. The landscape of the mound people had thousands of mounds, and this is still clearly in evidence by the Døeshøjene. At the mounds you are standing in the borderland between the living and the dead.