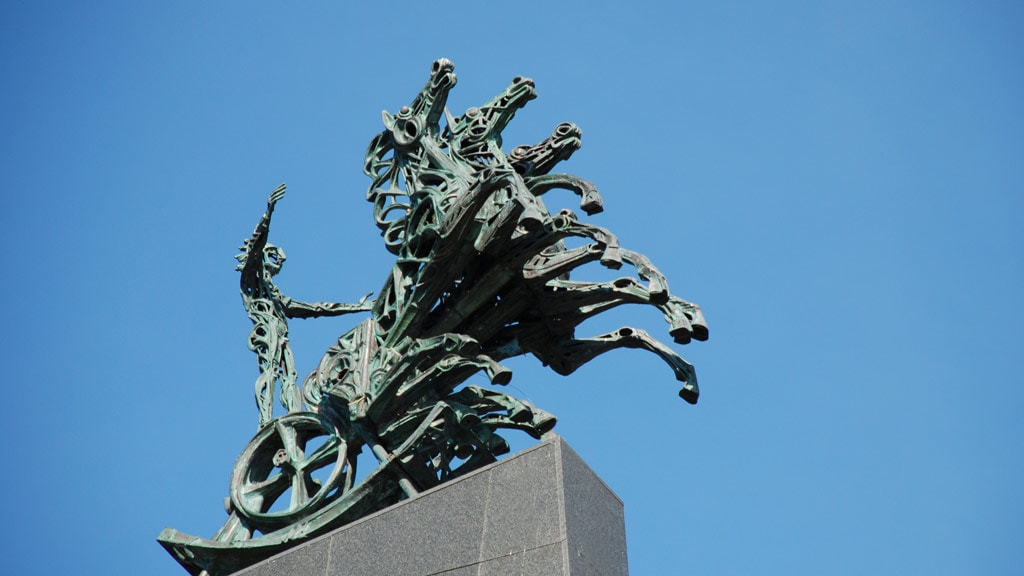 The project The Tobacconist´s Dream consists of some 36 sculptures sited over three different venues in Holstebro: Den Røde Plads, Færch Torvet and Hotel Royal/The Music Theater.
The initiative for the project was taken by the hotelkeeper Jens Richard Pedersen in 1993 after a journey to St. Petersburg in Russia, where the impression of the sculptures at the Winter Palace gave inspiration to placing the sculptures on and around the hotel and the Music Theater in Holstebro.

The artistic management of the project is in the hands of the artistic group Krukako consisting of Hans Krull (Denmark), Dimitri Kaminker (Russia) and Leonid Kaminker (Ukraine). The group thematically took inspiration from The Odin Theatre in Holstebro and their working methods occured, a method, which is normally only seen within theatre and music. The experiment has therefore forced the artists out in a democratic working process with the mythology, and the world of the archetypes.

"Ebbe Kløvedal Reich's narrative justifies the project's title. In other words, the tobacco worker is a cosmopolitan figure, he is the symbol of the free experience and a dreamer who helped to make a mark on Holstebro's cultural, social and political life".