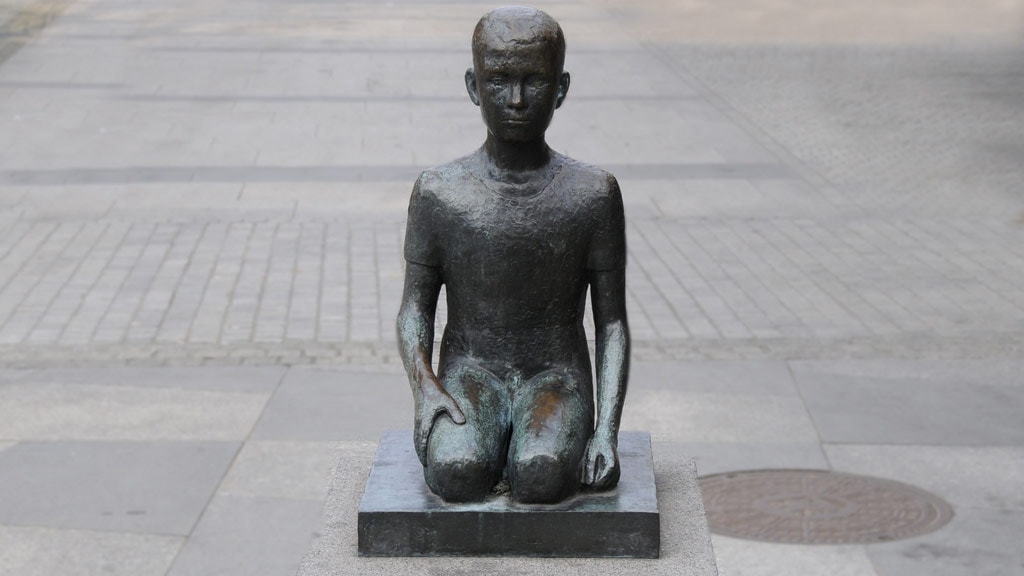 Kneeling Boy is a gift to Holstebro Municipality from the National Arts Foundation. The sculpture, made of bronze, is 82 cm high. The title Killing Boy is really misleading. For he does not kneel. Actually, the boy sits on his knees. The sculpture is from 1942 and erected at Store Torv in 1966. In December 1986 it was moved to Bisgårdsgade, but since then he has been moved to his current location at the Jobcenter.

Astrid Noack's bronze statue of the famous Skagen painter Anna Ancher made in 1938-193 stands in front of the common entrance to the Holstebro Museum and Holstebro Art Museum. The sculpture is meant as a tribute from one woman to another. They both found inspiration in the reality around them.

The figure "Standing Woman" was canonized in 2006. Holstebro Art Museum owns a bronze version of the work and some plaster models in original form.