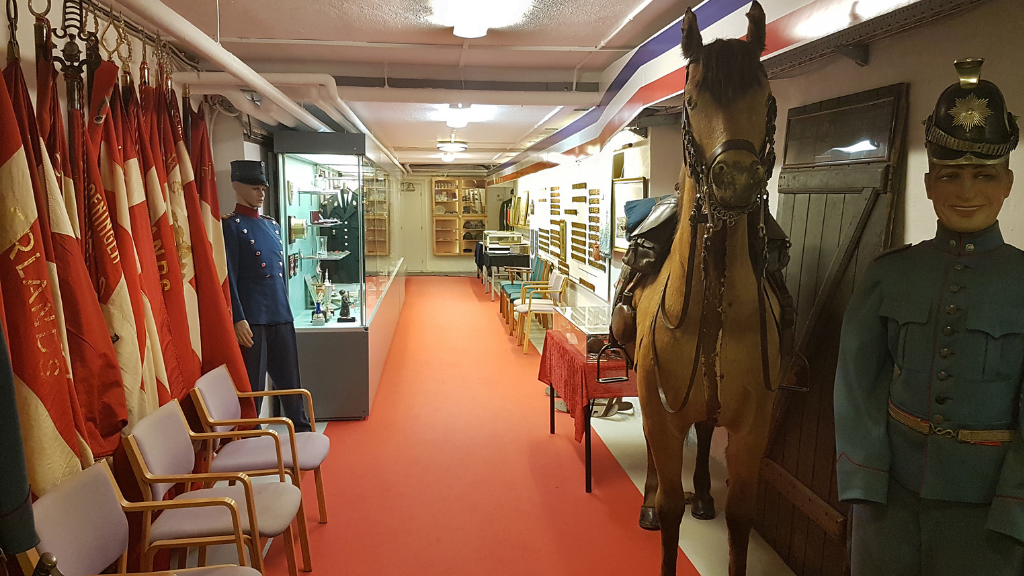 The Dragon Museum, Jydske Dragon Regiments Historical Collection is located at the Base in Holstebro. The museum contains historical effects from "The Randers Dragons" until today with main emphasis on the period after 1953, when Holstebro Base was built.

The Dragon Museum, the Jutland Dragon Regiment's Historical Collection, was officially inaugurated during a large festival in April 2013 after having resided at the Holstebro Museum.

The museum contains historical effects from "De Randers Dragoner" and to this day with the main emphasis on the period from 1953, when the Base were built in Holstebro.

In addition, the Dragon Museum opens for groups by arrangement. Contact dramus@outlook.dk or Kristian Klinkby Tel. (+45) 6126 5980.