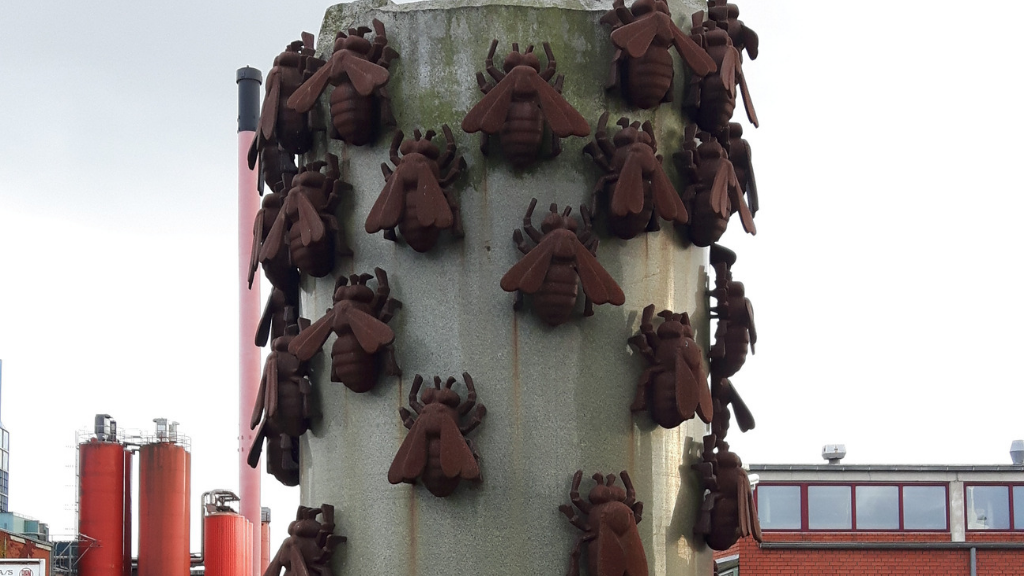 Birn's Bees are three sculptures under the same name, which are placed at two different locations.

In connection with Valdemar Birn's Iron Foundry's 100th anniversary in 1996, Erik Heide made two sculptures for the company. The first and most known sculpture is the concrete pillar filled with cast iron bees standing in front of Birn's Iron Foundry. The second sculpture is two concrete plates with some cast iron bees on it, placed in front of the machine factory administration building.

In 1998, the Holstebro Museum opened a Birn wing. In this correlation, Erik Heide made a similar sculpture with a concrete plate with cast iron bees sitting on it, which is located next to the museum.

All of them are named Birns Bier.

Erik Heide also has many other art installation in Holstebro, among others Wind, Two Brothers and The Iron Rose.