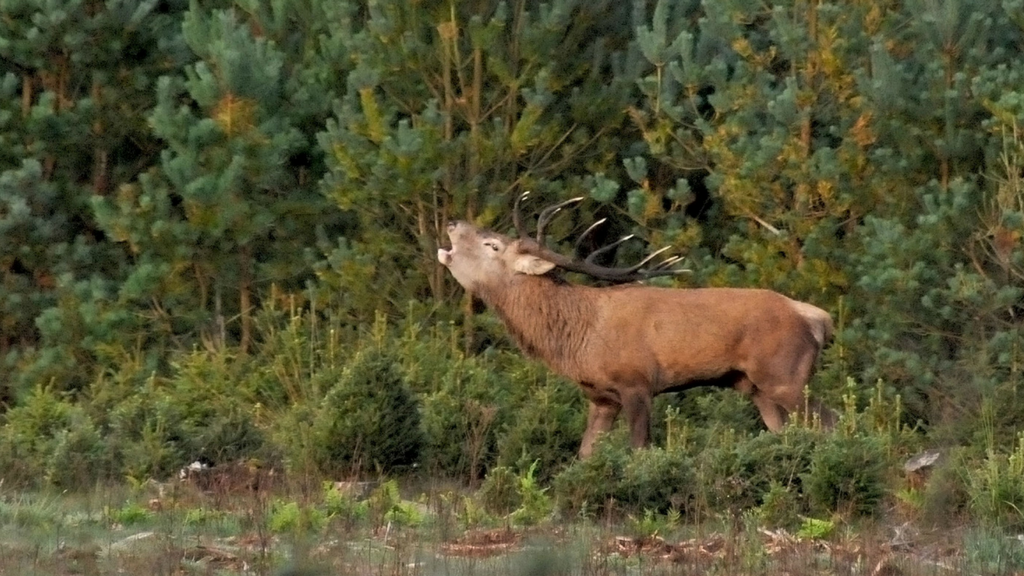 The cycle route begins in the Vestre Plantation at Holstebro. Behind the trees at the parking lot, you will find a gallows mound that was the execution site for sentenced prisoners. The last execution was in 1811. The bike ride goes through Idom Kirkeby. The church is from approx. 1150. At the tower you will find the tomb where six Canadians and one Northern Irishman are buried. They crashed during World War II in 1944. The cross behind the tombstones is debris from the aircraft. Continue to Blåbjerg and Stråsø plantations. Formerly heathland with fly sand from the west coast and now planted plantations with deer and other game. Continue past Vind Church from approx. 1200, which previously may have had a tower. Church bell from approx. 1150-1200 was taken down and placed in the choir in 1992. Probably Denmark's third oldest church bell.

From Vestre Plantage the route goes through Idom Kirkeby. Idom Church dates from about 1150. Six Canadian pilots and one Northern Irish pilot are buried next to the tower. Their plane crashed locally in 1944 during the Second World War. The cross behind the graves is formed from plane wreckage.

The route continues through Blåbjerg and Stråsø Plantage (Plantations). The area used to be covered by heather and the west coast’s migrating sands. Now plantations dominate, and you can meet a number of red deer and other game. Beyond the plantations there are still extensive heathland areas.

The route then passes Vind Kirke (Vind Church) which dates from about 1200. From Vind the route heads back to Vestre Plantage.