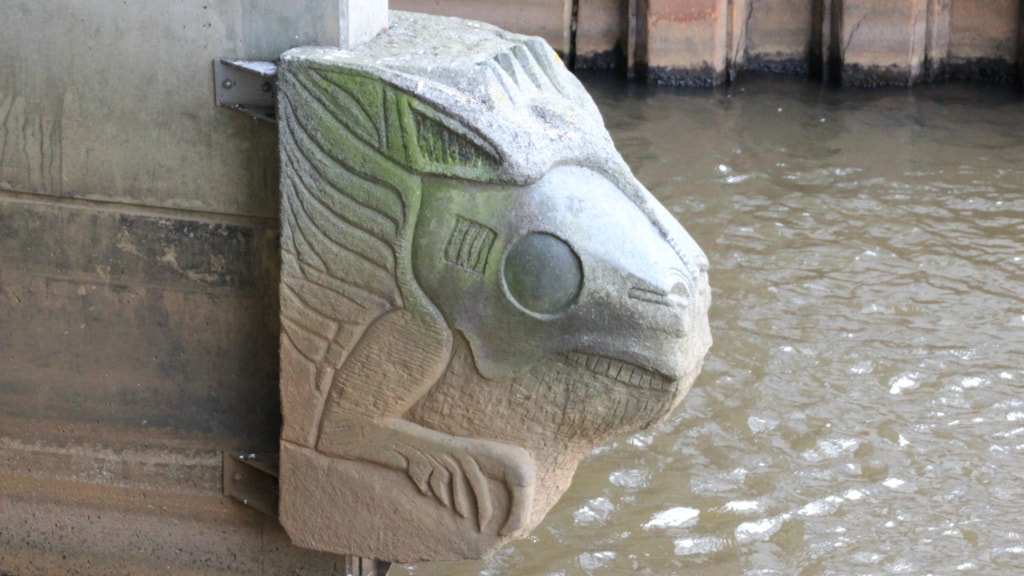 Walk down the ramp to the right and look under the bridge over Storå in Holstebro. Here you find the granite sculpture "The Basilisk" by Paul Madsen Cederdorff.

According to an old legend, a mean worm - the Basilisk - lived under the the bridge. The worm was so mean and evil that he ate everybody who tried to cross the brigde. One day a knight came to town. His name was Holst. Holst fought the worm which at the end became so scared that he turned into a rock under the bridge, and here you find him today.

As a tribute to Holst, the town was named after him - Holstebro.